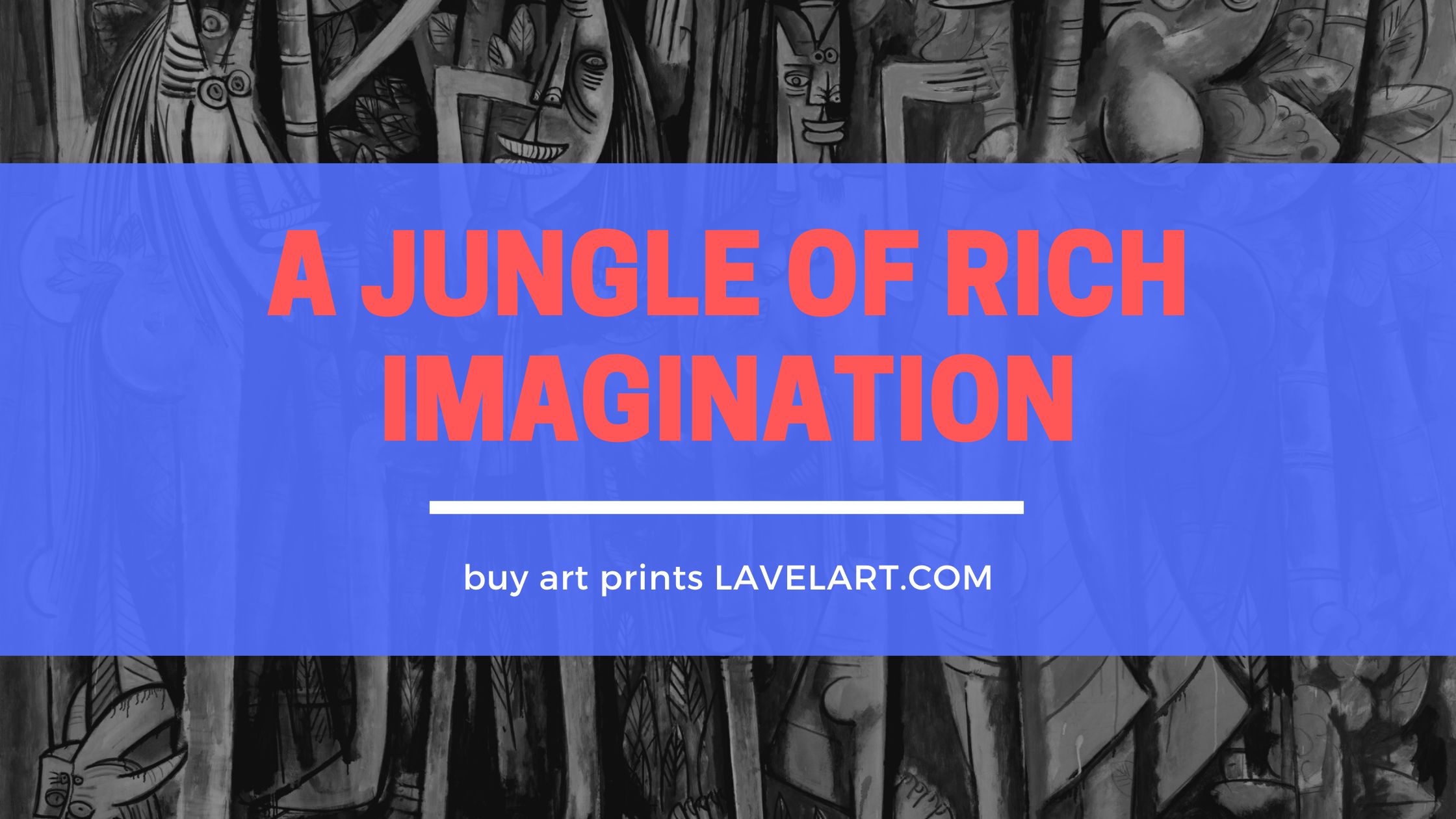 A Jungle Of Rich Imagination 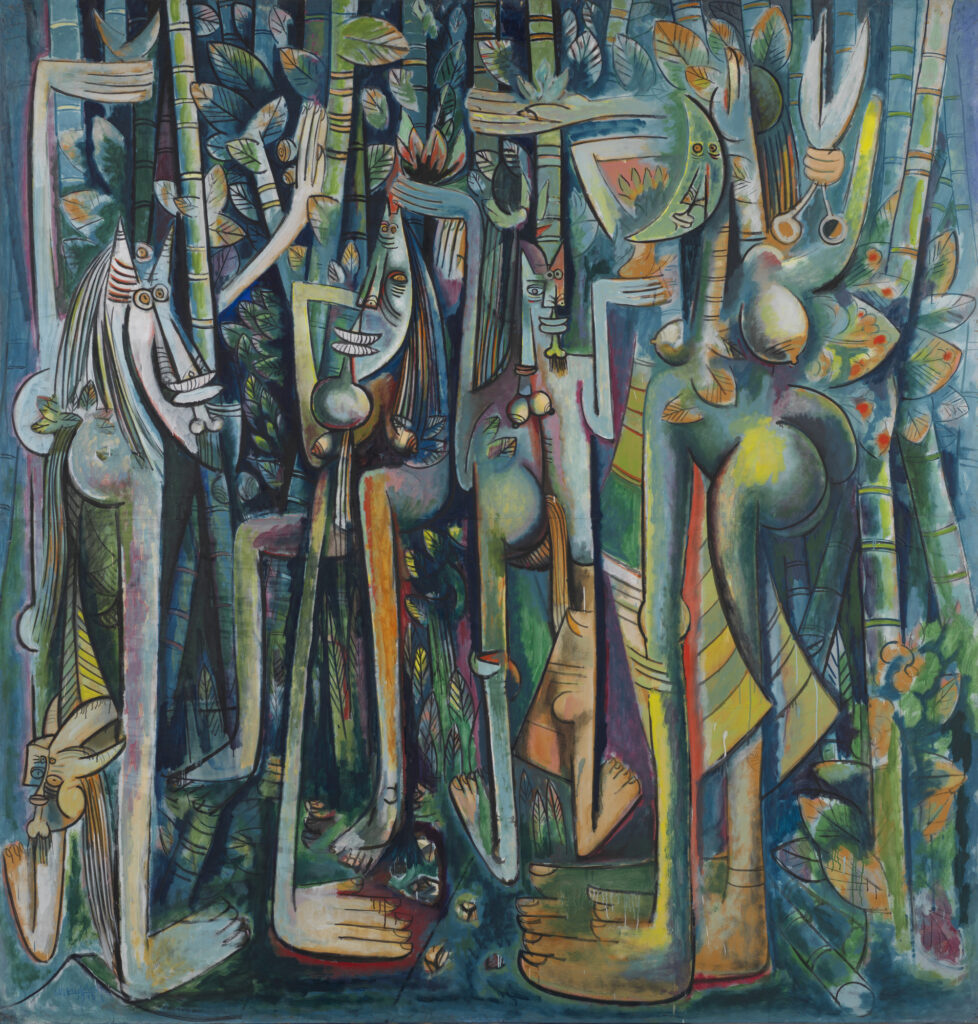 Wifredo Lama’s painting, created during his creative maturity, reflects both the artist’s roots in his native Cuban culture and his connection with the European avant-garde. It was under their influence that he rediscovered and reflected in his art the primitivism that he had experienced as a child growing up in close contact with nature. 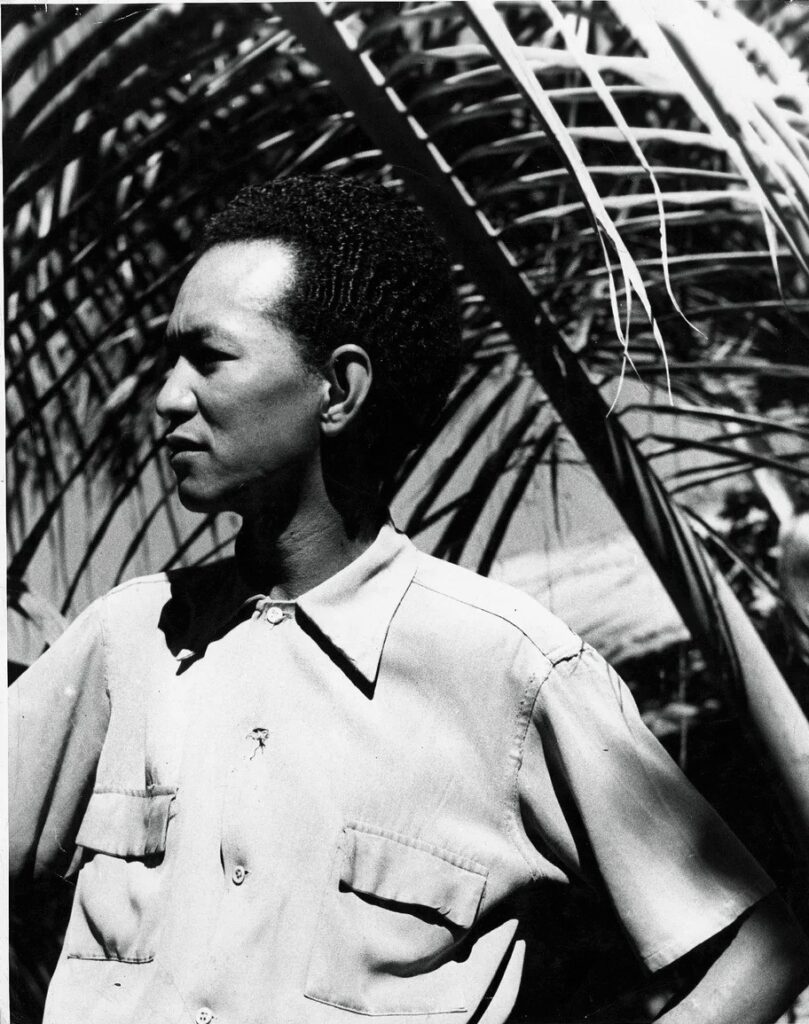 When I was young, I was afraid of the power of my imagination. The forest began on the outskirts of Sagua La Gran, near our house… And, despite the fact that I had never seen a ghost, I had vivid visions of them. I was afraid of the moon, that sparkling eye of darkness, when I walked at night. I felt like an outcast, different from the others. I’m not sure where this feeling came from, but I’ve had it since I was a child. 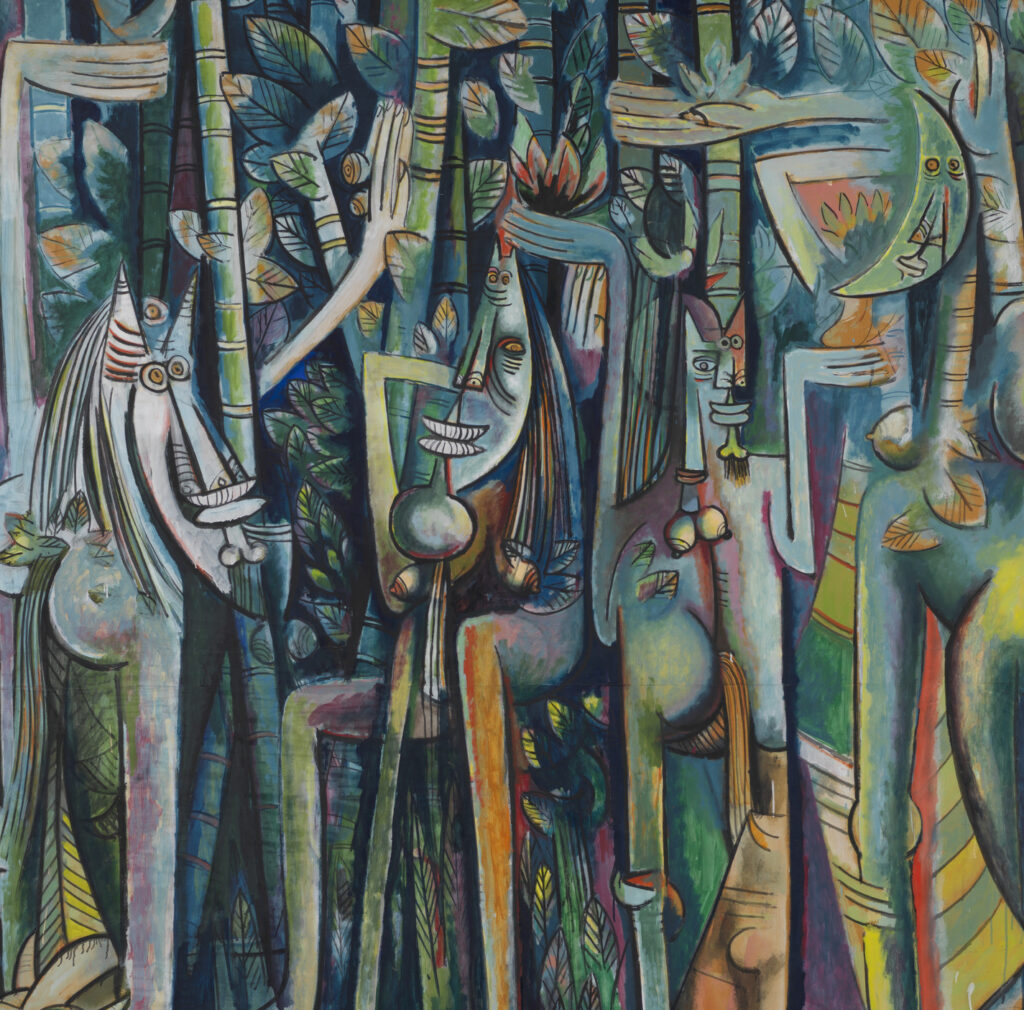 The forest of his childhood reappears in Lam’s paintings from the 1940s, which were created prior to his flight to his homeland as fascism took over Europe. Monstrous creatures intertwine with Cuban sugarcane stalks in his finest paintings from this period. Lam emphasizes their diversity and omnipresence in dense vegetation thickets, through which their constantly mumbling voices appear to penetrate and reach the viewer.

And, despite the fact that the entire scene gives the impression of being seen in a dream, reed thickets and phantasmagoric creatures bathing in subdued light acquire the same irrevocable materiality. Despite the figurative elements in his work, stylized images of plants and living beings that do not exist in reality already point to a shift in modern art toward abstract expressionism.