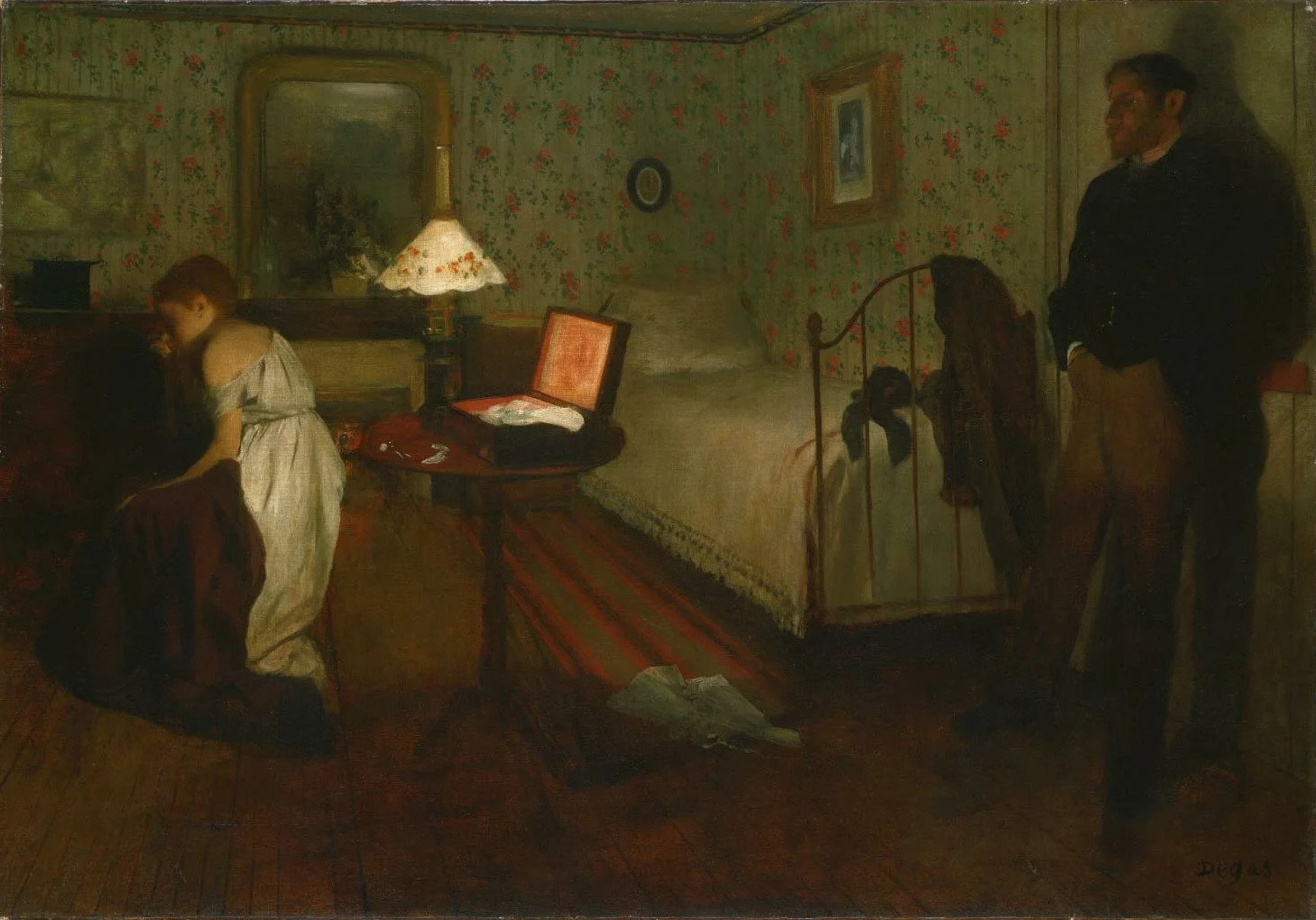 The great impressionist, who owns a large collection of drawings and paintings depicting dancers, streets, horses, and races.

However, among his bright works with young ballerinas, there are some that are quite bleak, both in color and plot. This disturbing painting is officially titled Interior, but it is also known as Rape. 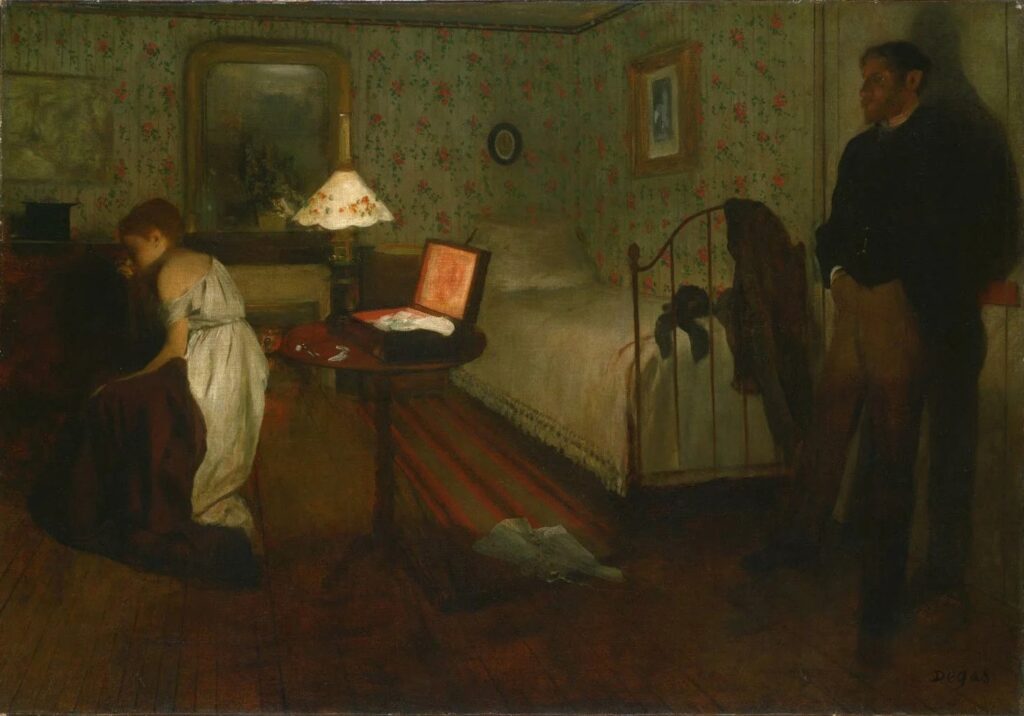 A man and a woman are depicted in the image. He is standing at the door, hands in his pockets, as if he does not want anyone to leave or come in. His eyes are fixed on her. 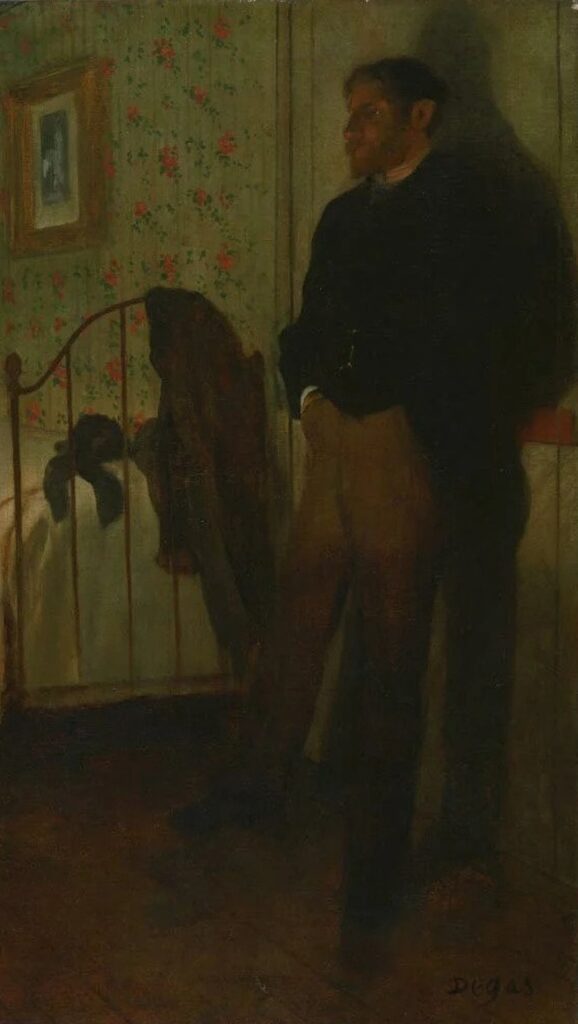 She cringes guiltily as she sits with her back to him, like a punished child in a corner. She appears to be anticipating a blow or a scream. 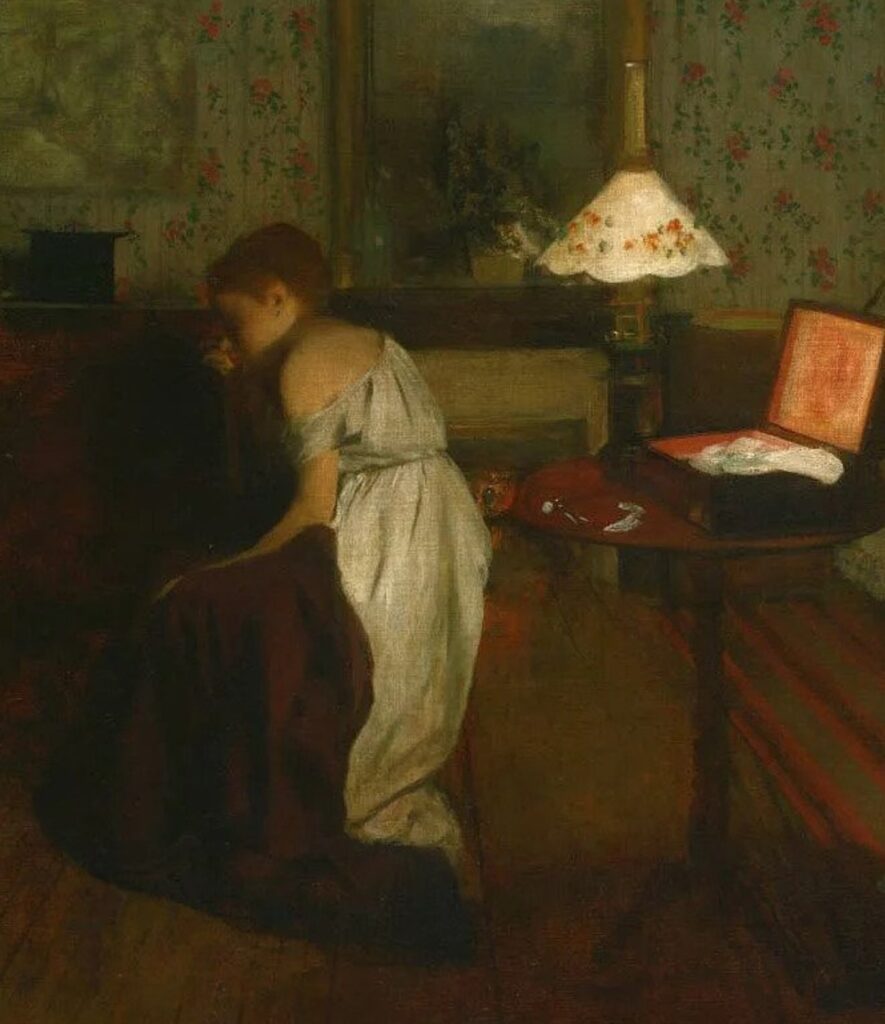 Her bare shoulder, as well as her carelessly scattered clothes, suggest a sexual connotation. An open suitcase can represent the loss of innocence. Most likely, it was these factors that led me to believe that sex could occur without mutual consent. 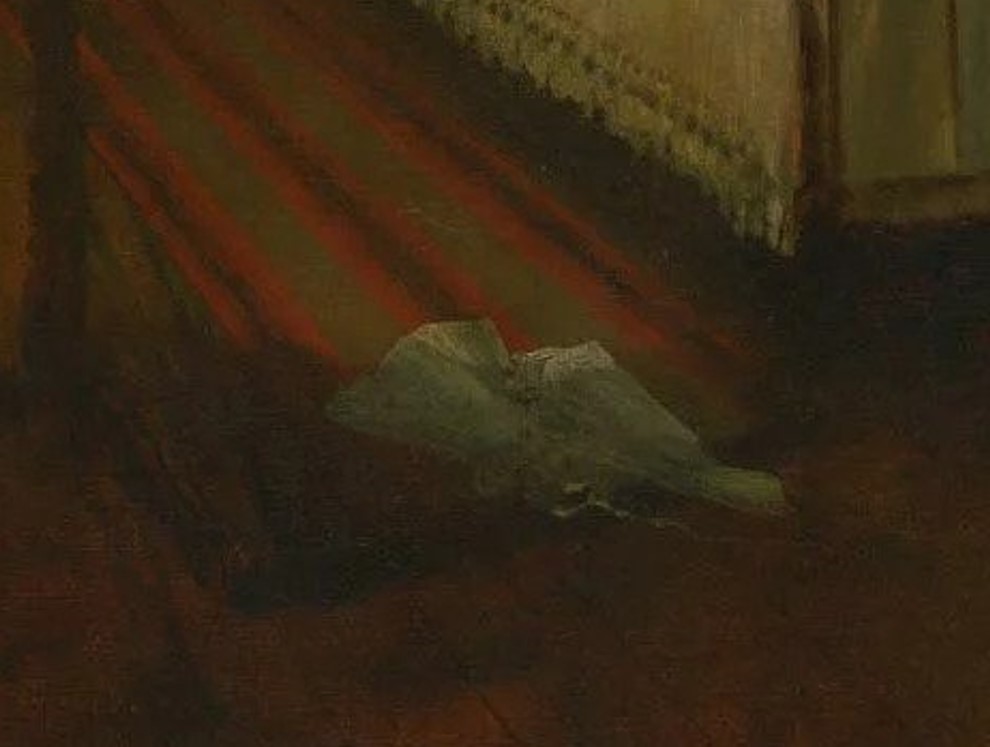 Maybe the rape hasn’t happened yet because the bed is made? It should be noted that neither art historians nor art dealers invented this. For a long time, this work was not shown, and the name “Rape” was coined by Edgar Degas’ inner circle.