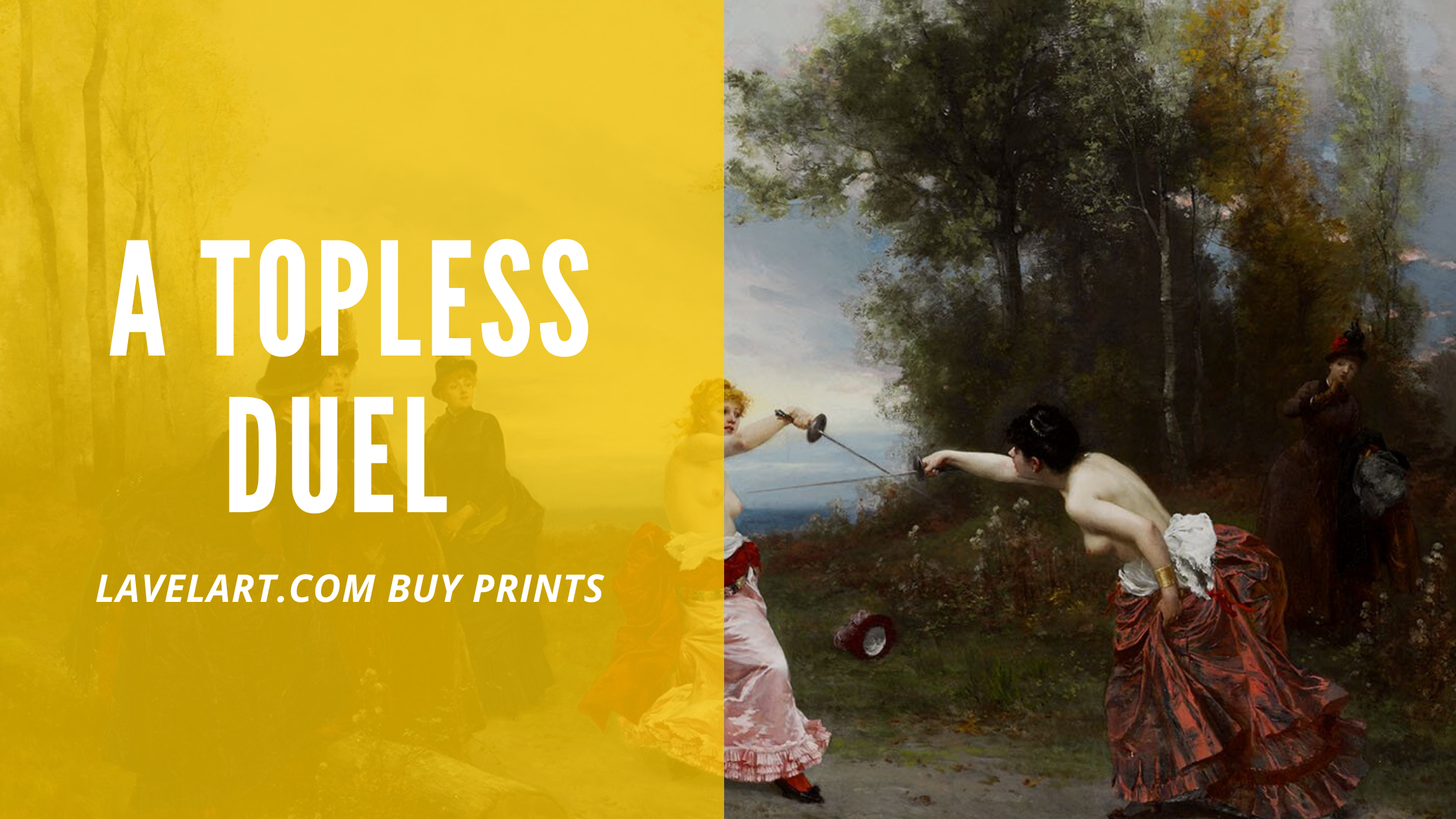 In 1892, two representatives of the Austrian nobility, Princess Pauline von Metternich and Countess Anastasia Kilmansegg, met with swords in a hilarious duel.

What do you think they battled about?

You’ll never guess it. Their argument was about a flower arrangement theatrical exhibition.

The exhibition’s honorary president was Pauline von Metternich (wife of the famous Ambassador Richard von Metternich), and the Countess (a wealthy aristocrat and wife of Count Erich von Kielmansegg) oversaw the organizing committee.

There was a minor squabble between these respected ladies (the Austrian state’s “super socialites”) over the arrangement of floral decorations, which escalated into a huge conflict.

After verbal abuse yielded no results, the aristocrats decided to get down to business and hurried to settle the issue with swords.

They appointed two local beau monde representatives as seconds—Princess Lichtenstein and Countess Kinski—and went to fight in the Bois de Boulogne, on the outskirts of Vaduz.

Baroness Lubinskaya, a well-known medical specialist, was also present at the duel. She offered the ladies to strip naked and fight topless. The baroness was motivated by the fact that a piece of dirty clothing will almost certainly cause an infection if it gets on the wound.

The duelists stripped naked, and all male servants were ordered to move away and turn their backs. And, despite the desire of the strong half of humanity to support their mistresses, they were denied. 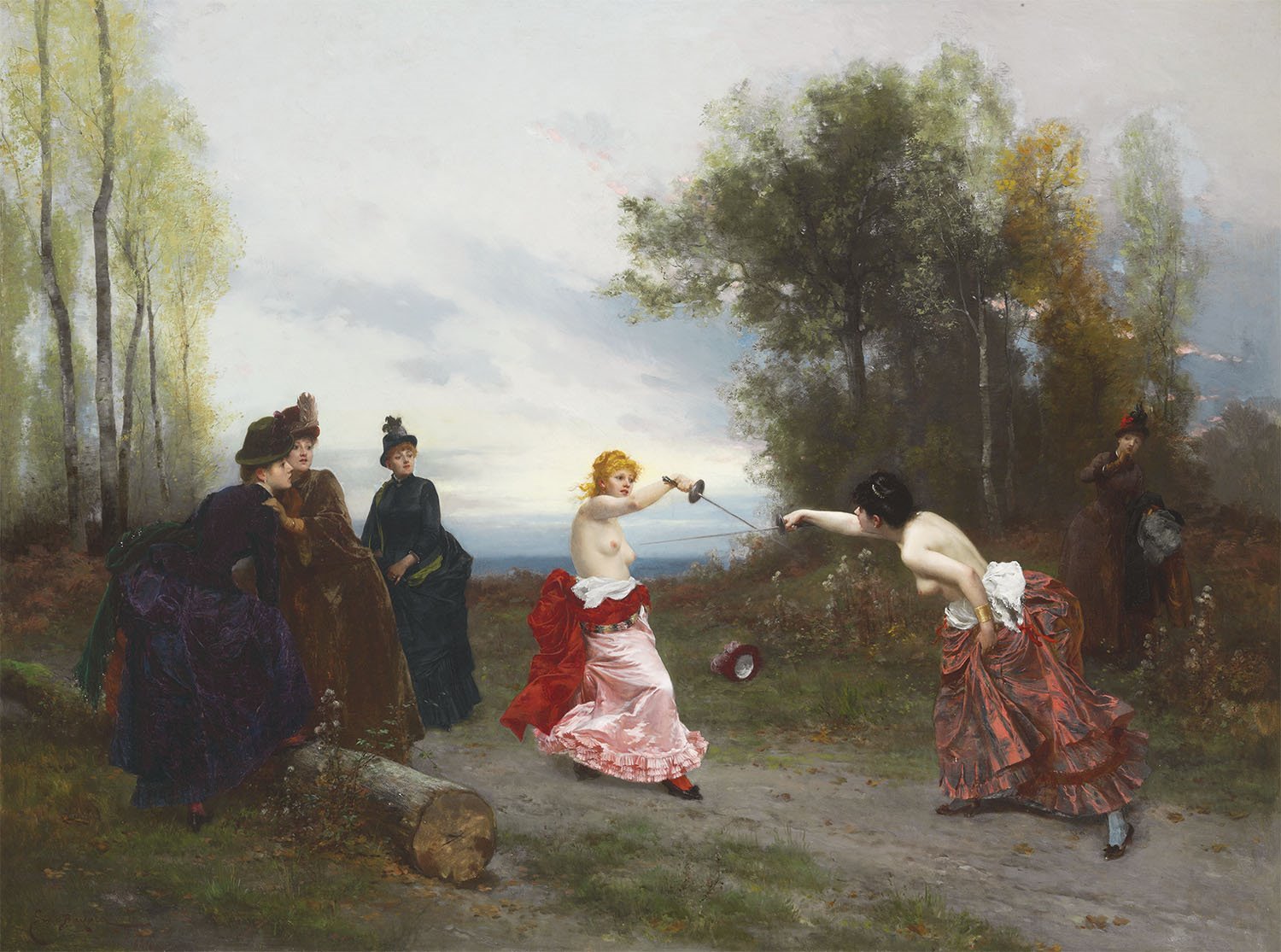 Even though Countess Kilmansegg was a skilled swordswoman, Princess Pauline managed to prick her opponent’s nose with the tip of her sword. Blood splattered, and Pauline dashed to Anastasia’s aid, dropping her sword.

She appears to have misjudged the situation and struck a blow. The Princess screamed again. The point was clearly in the hand.

A commotion erupted, and the servants who had been nearby before rushed to their mistresses for assistance. After all, they were standing with their backs to the action and were unaware of what was going on (remember that the secular ladies were topless). 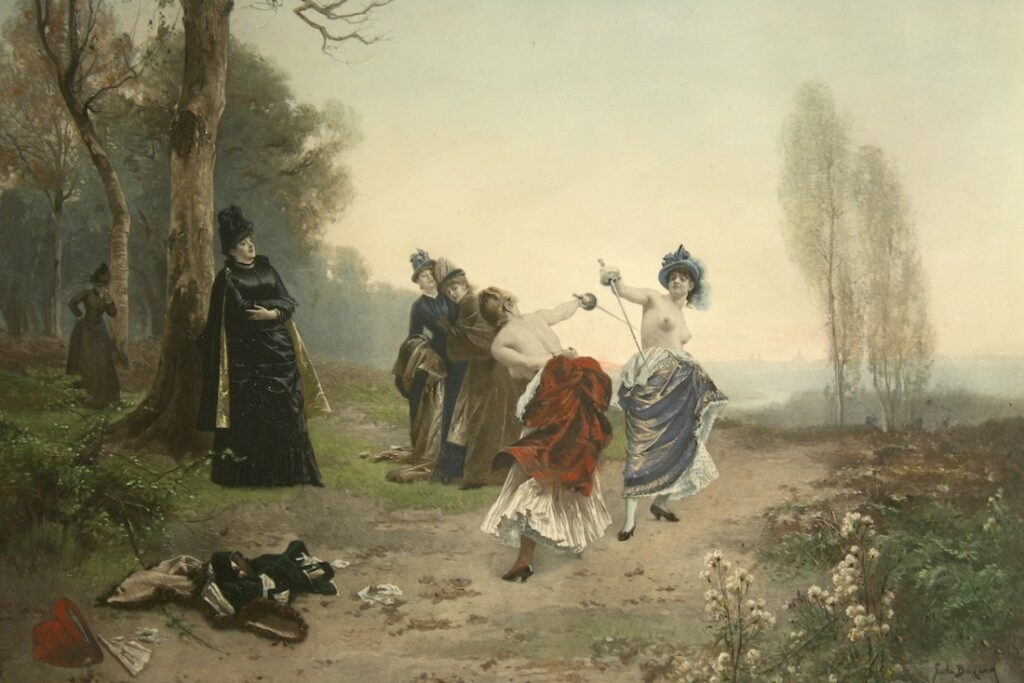 The duelists had already started screaming, followed by the seconds. The servants who ran up were called voluptuous creatures, and they retreated under a hail of blows inflicted by Baroness Lyubinskaya’s umbrella.

As a medical professional, she administered first aid to the injured; fortunately, both injections were not fatal.

Surprisingly, Paulina and Anastasia ran up to each other and hugged after helping.

Yes, it was possible to believe that the floral decorations were the source of the conflict, which nearly ended tragically.

Pauline von Metternich was still declared the winner. Finally, Princess von Metternich is a brunette in the painting by Emil Bayard, while Countess Kielmansegg is a blonde. Baroness Lyubinskaya, on the other hand, is dressed entirely in black…