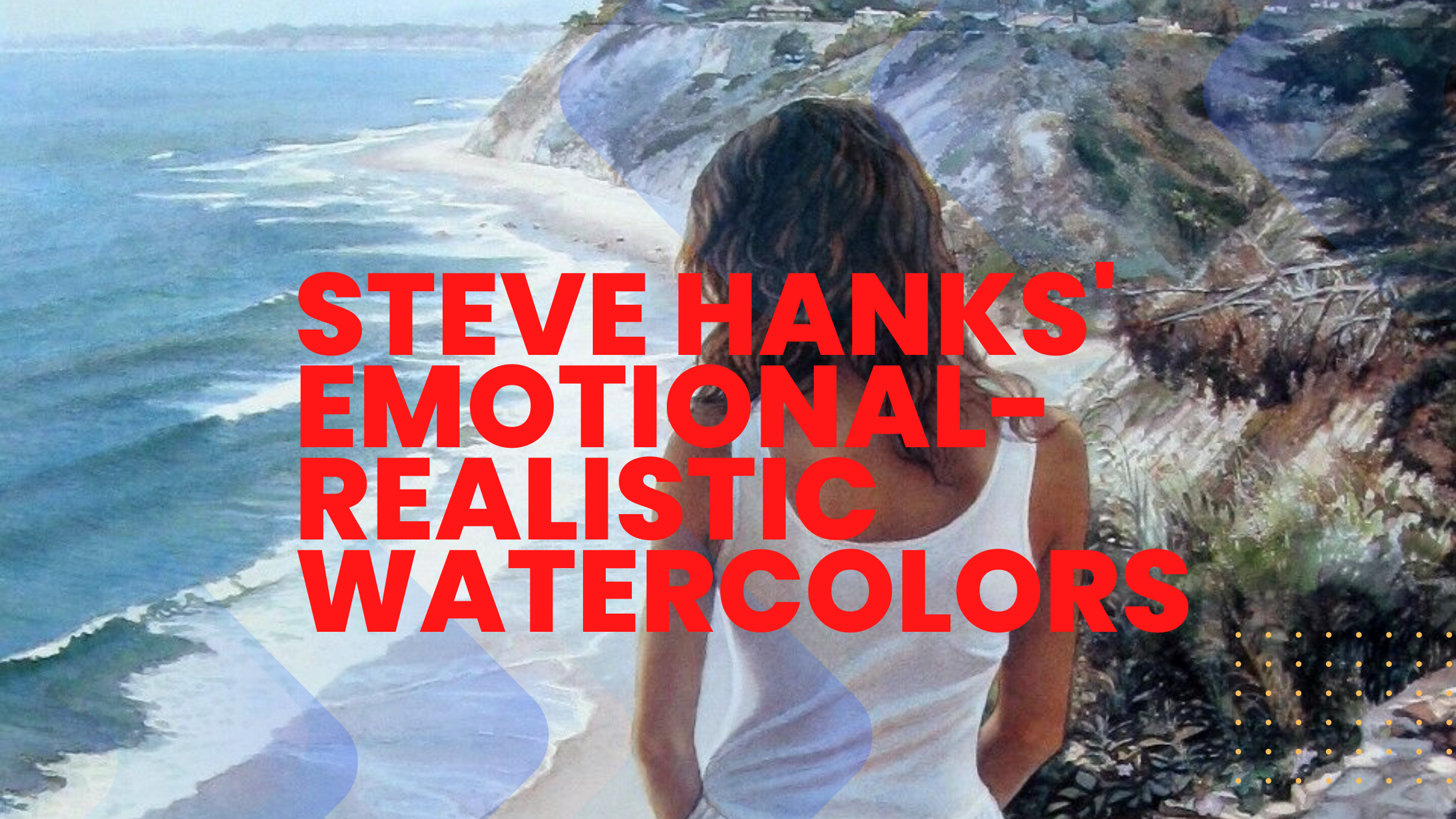 In recent years, modern artists have increasingly turned to watercolors, the most complex painting technique, expanding and deepening its amazing possibilities. Moreover, despite the fact that works painted with water paint are not as durable as those made with oil paint, many masters prefer watercolors. As a result, American watercolorist Steve Hanks dedicated 35 years of his career to her, creating incredible, emotionally charged story portraits of children and adults. Steve Hanks was born in 1949 in San Diego, California, to a military family. Steve’s personality development was greatly influenced by his passion for drawing and sports such as surfing and tennis. However, the adolescent chose art as his future career. As a result, the future artist attended both the Academy of Fine Arts in San Francisco, where he graduated with honors, and the California College of Arts and Crafts, where he earned a Bachelor of Fine Arts degree and an interesting job as a decorator after graduation. Throughout this time, the young artist was constantly looking for his author’s manner, technique, and handwriting. He experimented with various visual mediums, ranging from a simple pencil and pastels to acrylic and oil paint, which became his favorite medium for a dozen years. When the artist developed allergic reactions to oil in the early 1980s, he had to switch to watercolor. She was the artist’s faithful servant throughout his subsequent creative life, allowing him to develop his author’s handwriting and manner, and she was the one who brought him worldwide fame and popularity, public veneration, and critical acclaim.

Portraits, both single and group, are frequently depicted in the artist’s paintings, enclosed in the most complex compositional constructions with interior and landscape backgrounds. The master worked out every detail, including light and shadow, color scheme, and, most importantly, the mood and state of mind of his characters. This is especially evident in the stunning and touching images of children, which captivate with their spontaneity and sincerity. The work’s technique is so good that Steve’s watercolors could be mistaken for photographs.

The artist was married and had three children, who served as models for his paintings. As a result, his paintings are filled with warmth, tenderness, mutual understanding, and love. Hanks has been ranked among the top ten American artists for decades, according to various versions and surveys, and was honored by the National Society of Watercolorists in the early 1990s, as well as the National Academy of Western Art’s gold medal. And he won numerous professional competitions on multiple occasions. And his works are highly regarded by art enthusiasts not only for their hyper-realistic execution in a complex painting technique, but also for conveying a strong positive emotional mood. And it’s no secret that many people want to have a speck of happiness in their home, even if it’s only in the form of a painting. This is the initial… Second, we all come from childhood, and there are memories of that wonderful, carefree time in everyone’s soul. Finally, I’d like to point out that it’s extremely difficult for artists to gain widespread recognition among both ordinary art lovers and art critics and critics. But Steve Hanks completed it completely. And he himself says of his own work: “I make an effort to be responsible and to bring positive emotions into the world. I want my work to bring people joy, comfort, and understanding of their lives. “

To this day, the master’s works can be found in many private and public collections around the world, and they command a high price at art auctions. 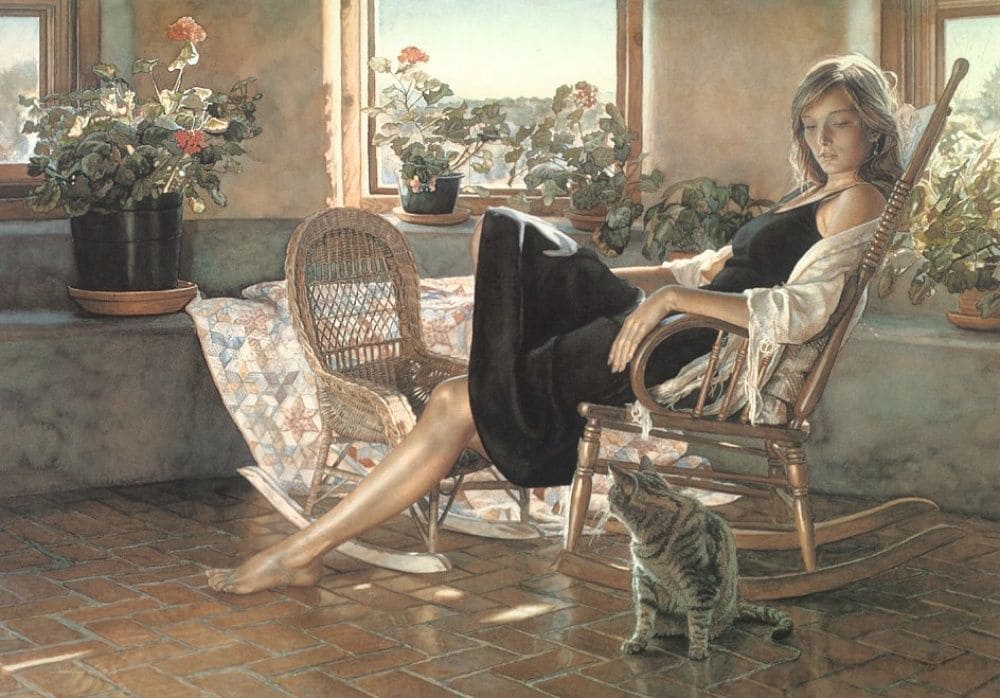 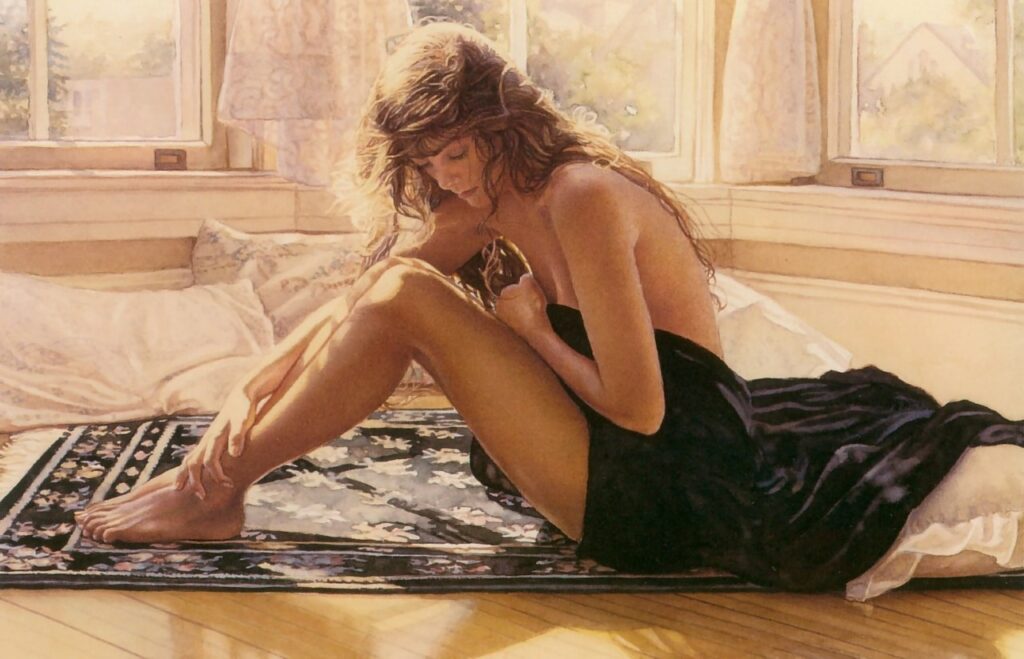 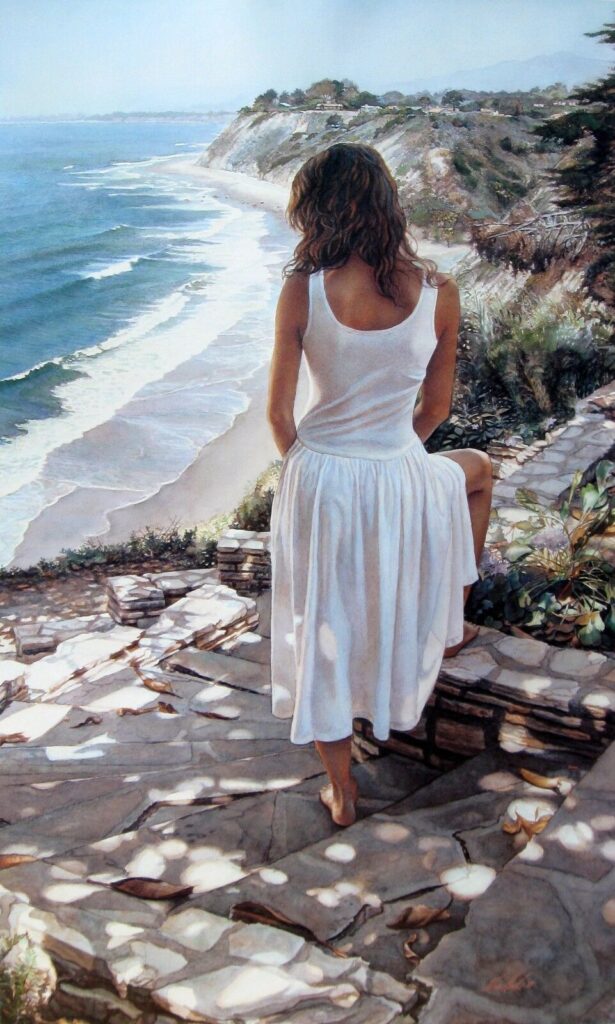 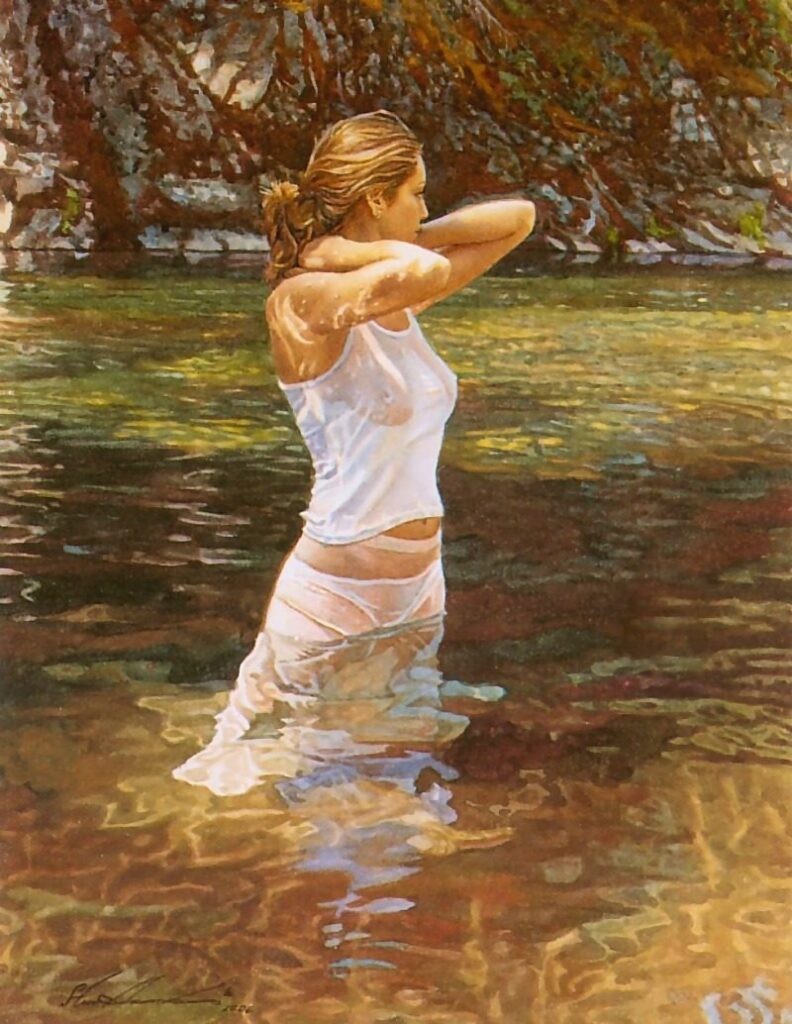 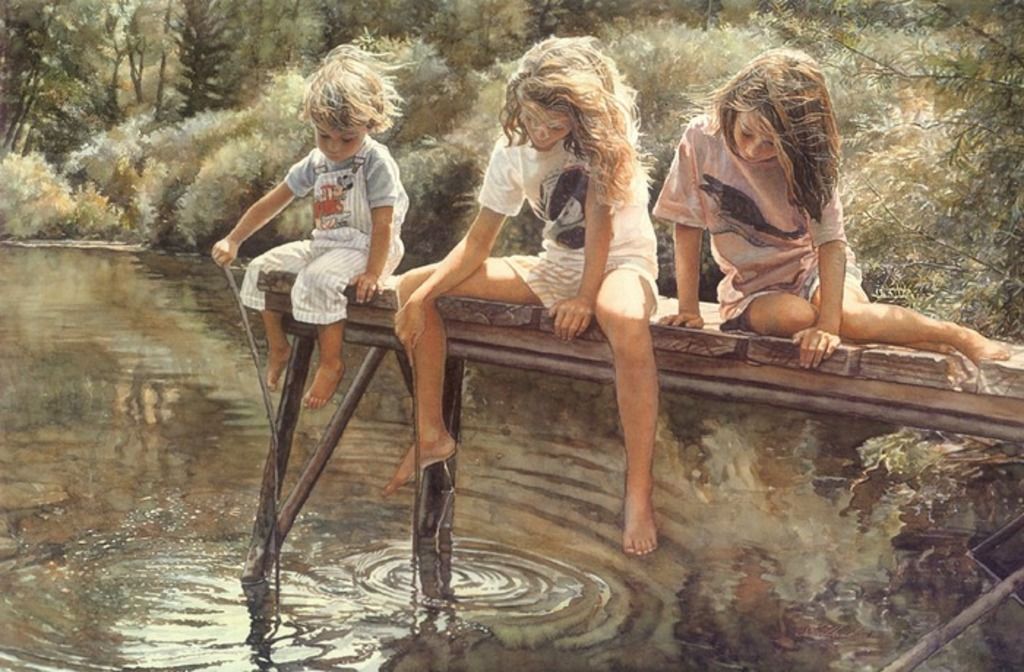 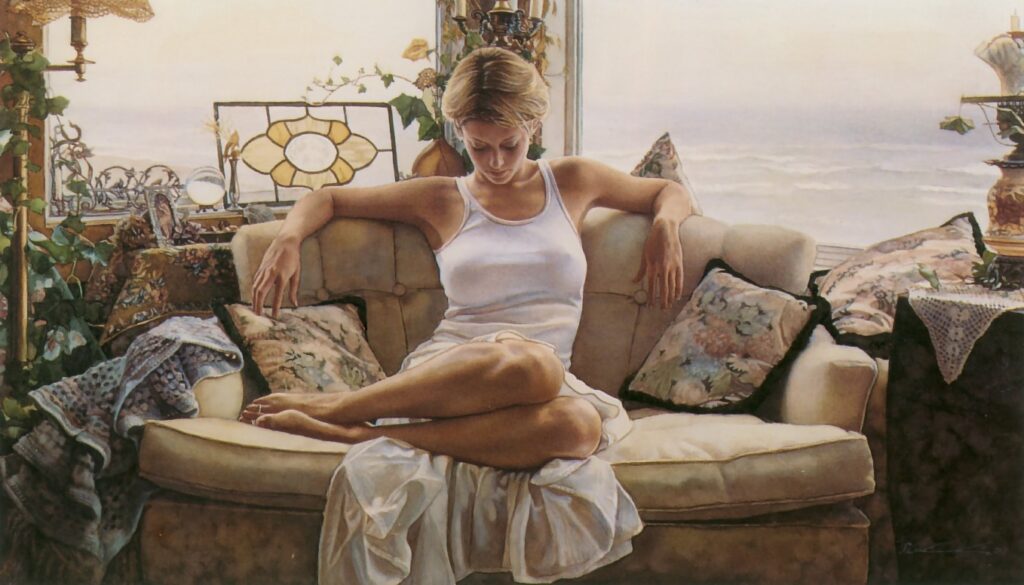 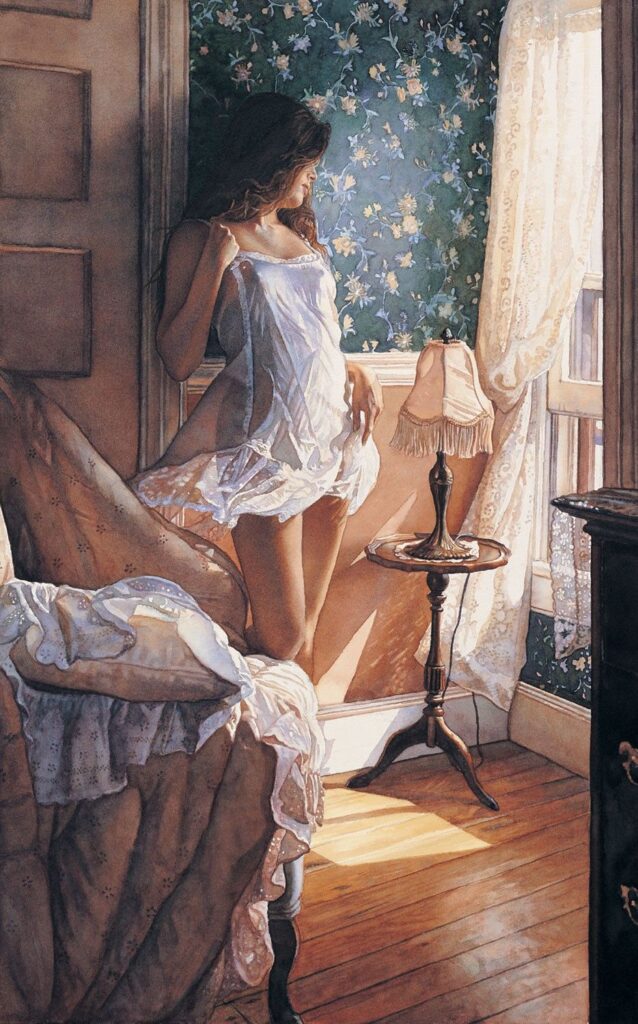