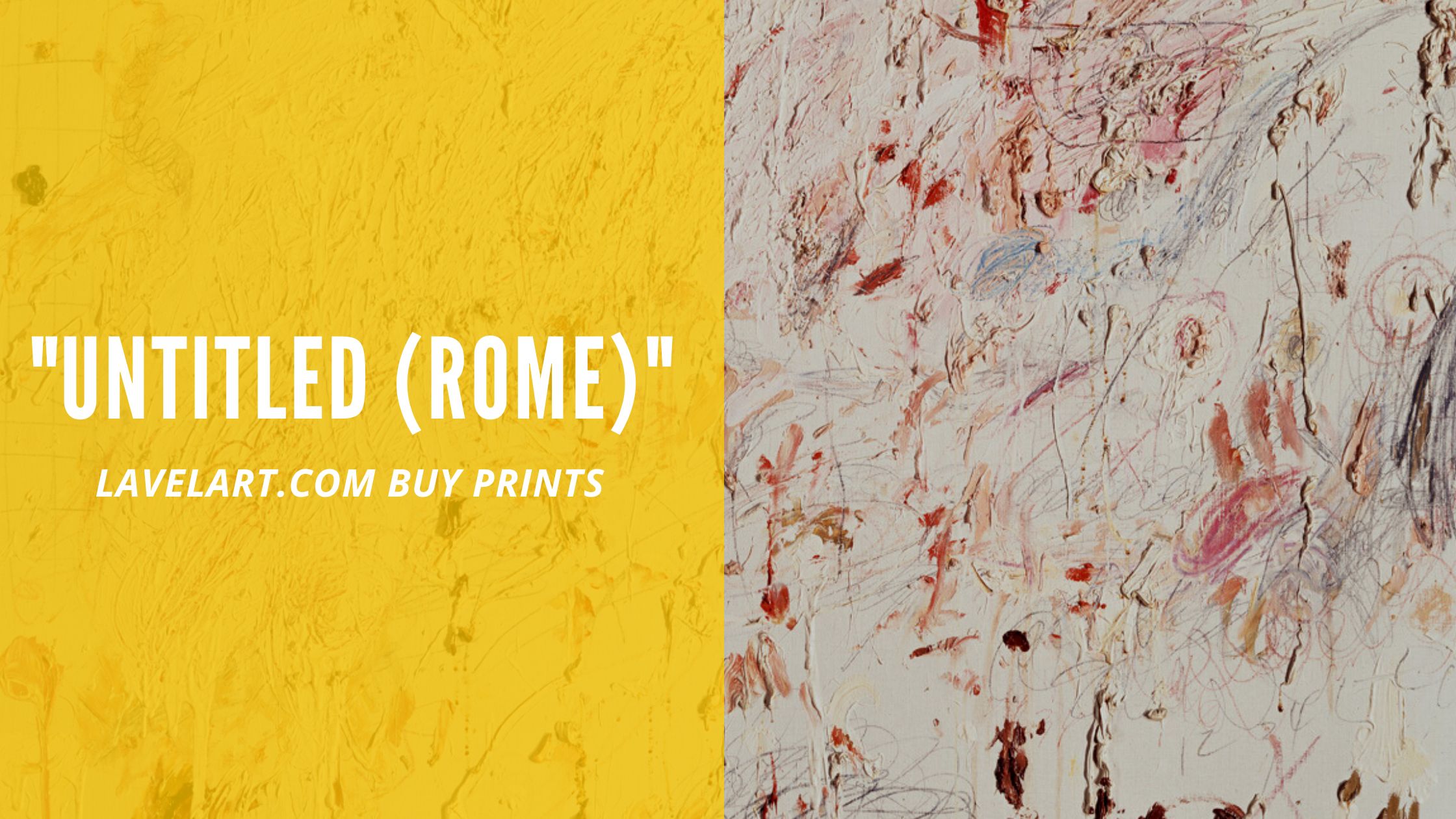 Cy Twombly, a member of the second generation of the New York School of Abstract Expressionists, began covering his canvases with child-like pencil scribbles over oil paint in the mid-1950s, introducing an element of existential doubt into the abstract expressionist work’s peremptory self-confidence. Beginning in 1961, Twombly’s paintings began to incorporate color, primarily various shades of red.

The image is untitled, though it contains the signature “Rome 1961” on its stretcher, and with its diagonal composition formed by rectangles reminiscent of house shapes and roofs, particularly in the middle and upper right parts, it truly resembles this eternal city on seven hills.

However, when standing in front of the painting, the most striking aspect is not the landscape composition as a whole, but the artist’s use of a variety of painting techniques.

A clumsily scrawled phallus, a heart, or an eye appear here and there on the canvas’s surface.

The upper left corner contains a series of numbers up to 15, which may extend further but cannot be stated with certainty because it is smeared with white paint, as well as the artist’s name in the center of the canvas.

Paint blobs squeezed directly from the tube sit next to splashes of color that appear to have been hit with paintballs on the canvas.

The second layer of white paint, applied with diagonals that reinforce the main composition, appears to have been applied with paint-dipped fingers.

Overall, it appears to be a wall covered in graffiti, or perhaps scribbles on a toilet wall, which could have been painted on today or preserved since Roman antiquity.

Our gaze moves chaotically across the canvas, stopping at small, unexpected pictorial details that appear spontaneous and reminiscent of creative process flashes of insight. Twombly’s painting was considered too crude and simple by his contemporaries. It took nearly two decades for the viewer to learn to capture the shimmering, specific atmosphere of the place in his paintings. Twombly’s art is distinguished by the fact that he achieved the effect of being in the Mediterranean while employing techniques unrelated to the great works of art that comprised the glory of the Eternal City.