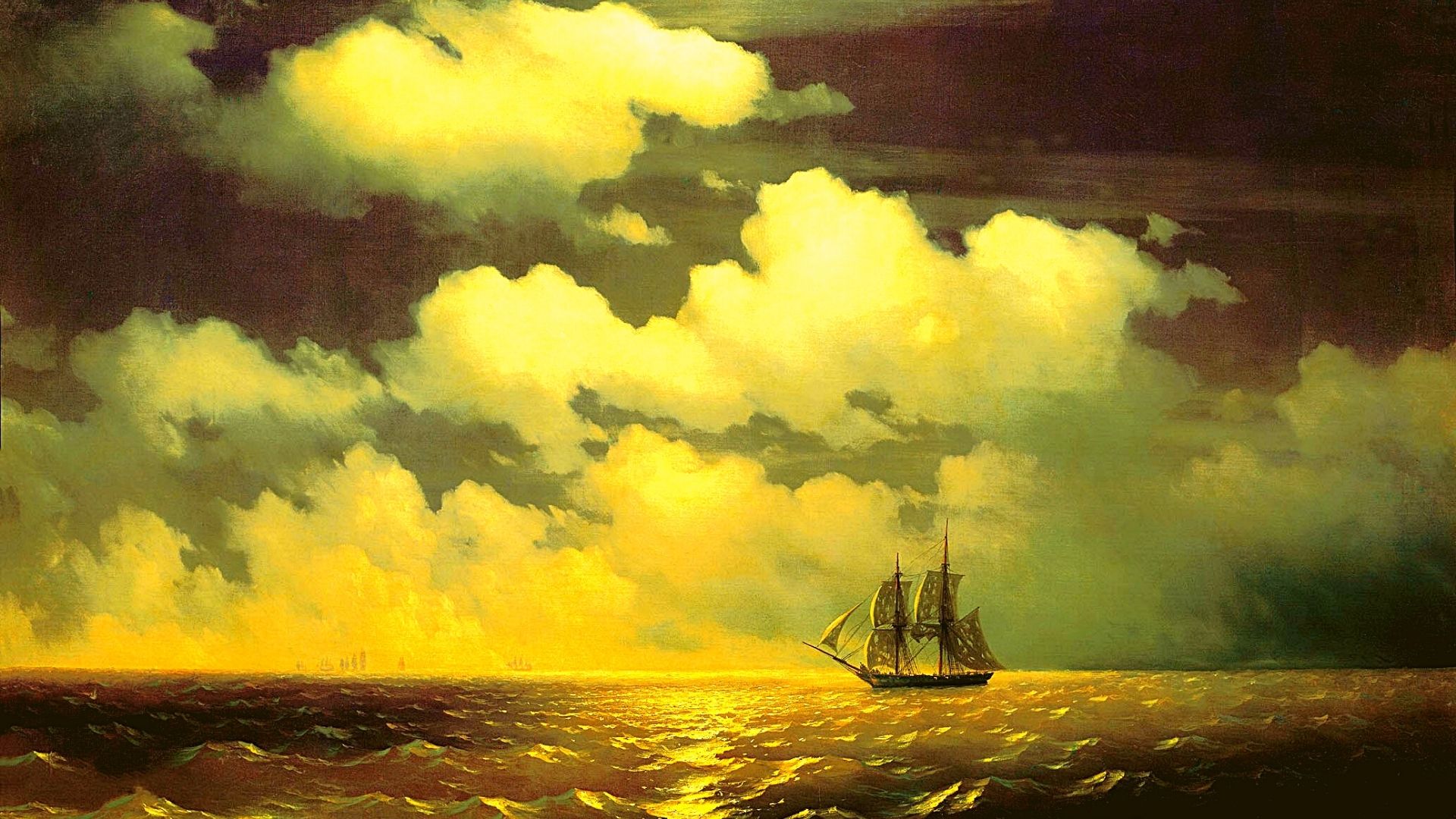 Brig Mercury. Description of a painting by Aivazovsky

Dear friends. I want to describe the painting of I. Aivazovsky, «Brig Mercury.» Ivan Aivazovsky wrote this beautiful painting. The artist’s childhood took place in the seaside port city of Feodosiya.

He watched as fishing boats and ships entered the port. Sometimes anchors of handsome warships were thrown at the port. Gorgeous Andreyevsky flags at the top of masts stirred up the imagination of young Ivan.

If you take a look at this piece of art, you will see that storm is coming. Storm clouds cover the sun, and «Mercury» as if it craves storms. His sails swollen, they’ve caught the sea breeze, and he’s about to enter the battle.

The command of the brig given to Lieutenant Commander A. I. Kazarsky, a brilliant naval commander and commander. Under his leadership, the brig «Mercury» entered an unequal battle with the Turkish squadron consisting of six ships of the line, two corvettes and two frigates and won a brilliant victory, inflicting damage on the enemy.

It is desirable to bring a line from a poem by M. Y. Lermontov ¿ And he rebel seek a storm as if in storms there is peace». The painting depicts the storm’s sea. Behind clouds is hiding the sun. Its glare still reflected in the even peaceful death.

The ship looks like a Spanish bull before the fight. Its nostrils swelled, and steam blew, hooves dug, and the earth is scattered. It’s ready to fight the enemy and win a brilliant victory. 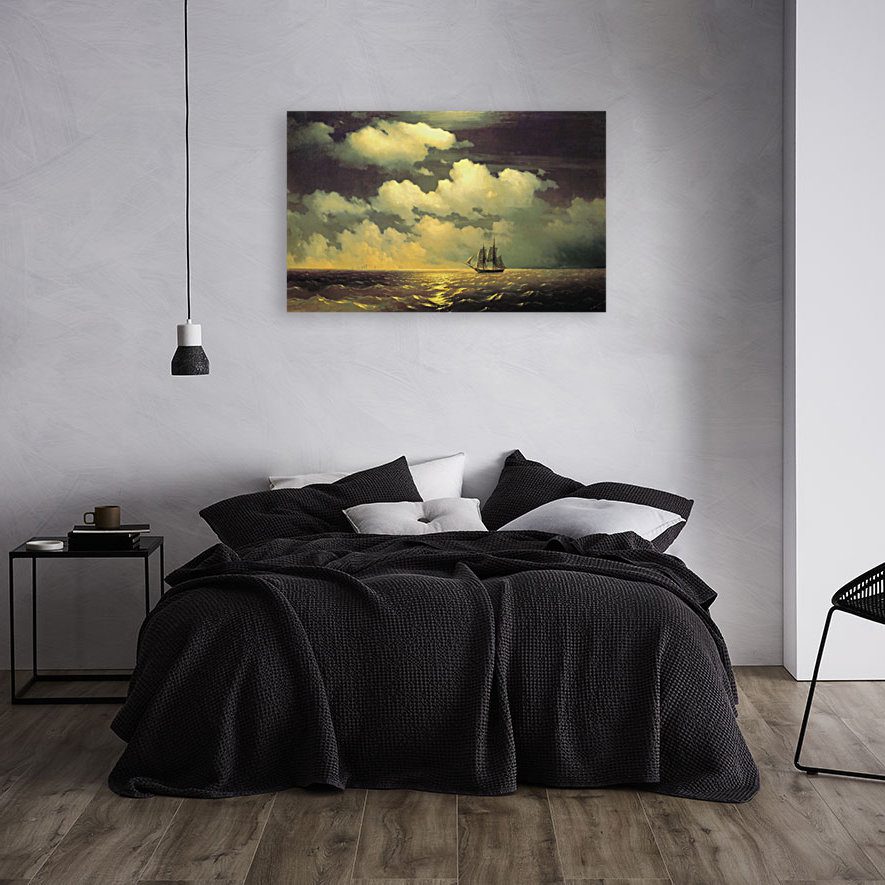 Brig, armed with only 18 guns, defeated a squadron of more than 800 guns in its arsenal.

It was due to the skillful command, teamwork, heroism, courage, and endurance of the entire crew. In 1834, it participated in a naval expedition to the coast of the Caucasus, where he became acquainted with the color of the Russian command staff of Admirals Nakhimov, Kornilov, and Istomin.

The brilliant work of I. Aivazovsky is stored and displayed to the public and is accessible to you. For a very long time, ships distinguished in any battle awarded an honorary title. The language of the canvas tells the viewer that the vessel has emerged victorious from an unequal fight.

Buy canvas print of a painting