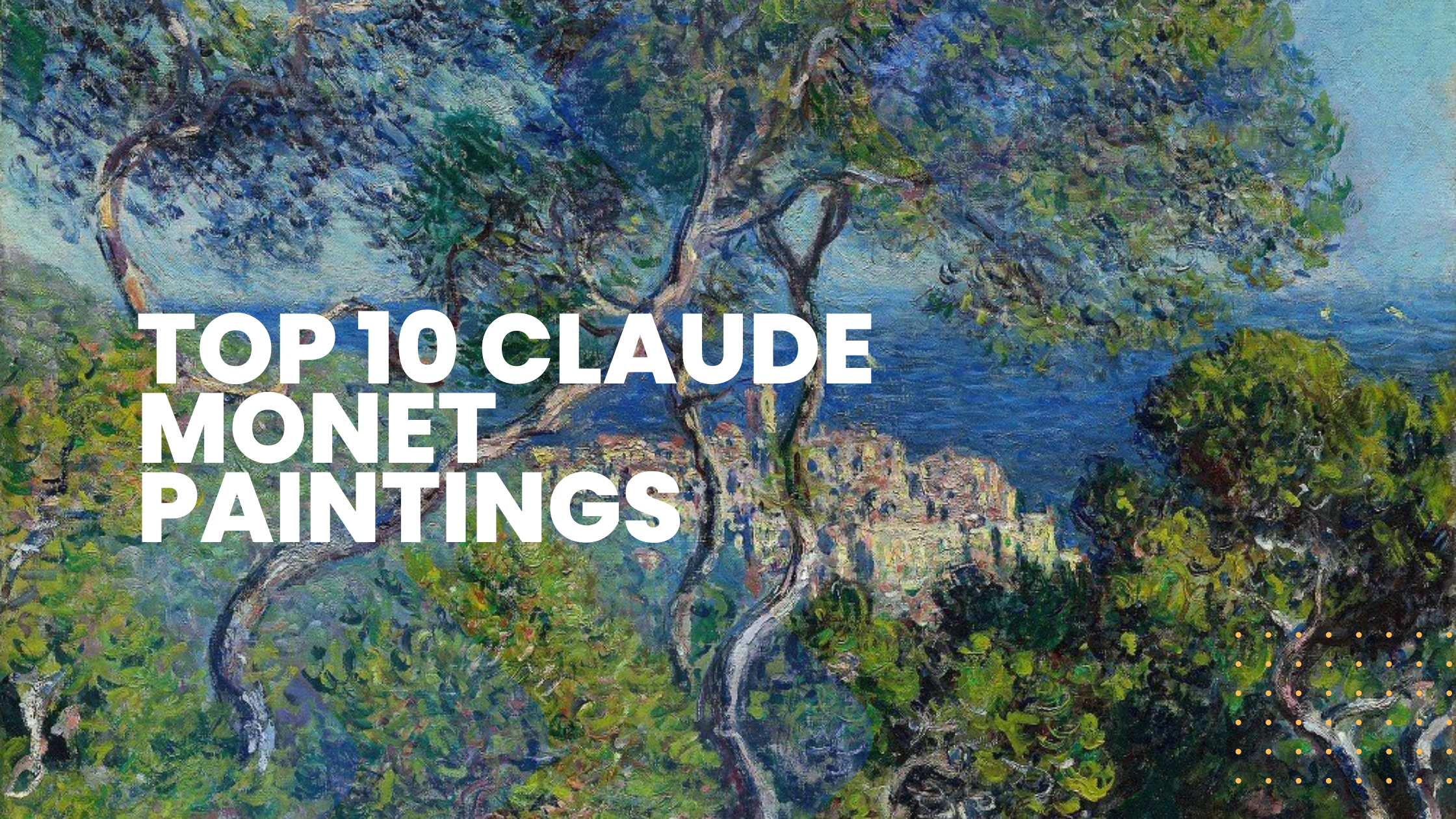 A selection of the most famous paintings created by Claude Monet

Claude Monet is the most prolific and talented impressionist painter to date. On top of the fact that Monet is the founder of impressionist painting, he also released many, many paintings that laid the foundation for every impressionist painter that has come since his death in 1926. He is considered to be the pinnacle of what impressionist painting should be, and this is very evident in his nearly 2000 paintings that were released during his lifetime. Interestingly, Monet, along with all the other greats, did not rest on his laurels. Rather than stick to a ‘one-size-fits-all’ mentality of essentially recreating the same style of painting over and over again, Monet only evolved as his career progressed. He implemented new techniques and strategies to his paintings, including new color palettes, compositions, and curation techniques.

Of course, it is certainly no easy task to dictate which of his works are the best, as there are far too many to pick from. However, there is an undeniable level of skill to a certain number of his works, and those will be shown here. These are the top 10 best works by Claude Monet.

Most famous paintings of monet are: 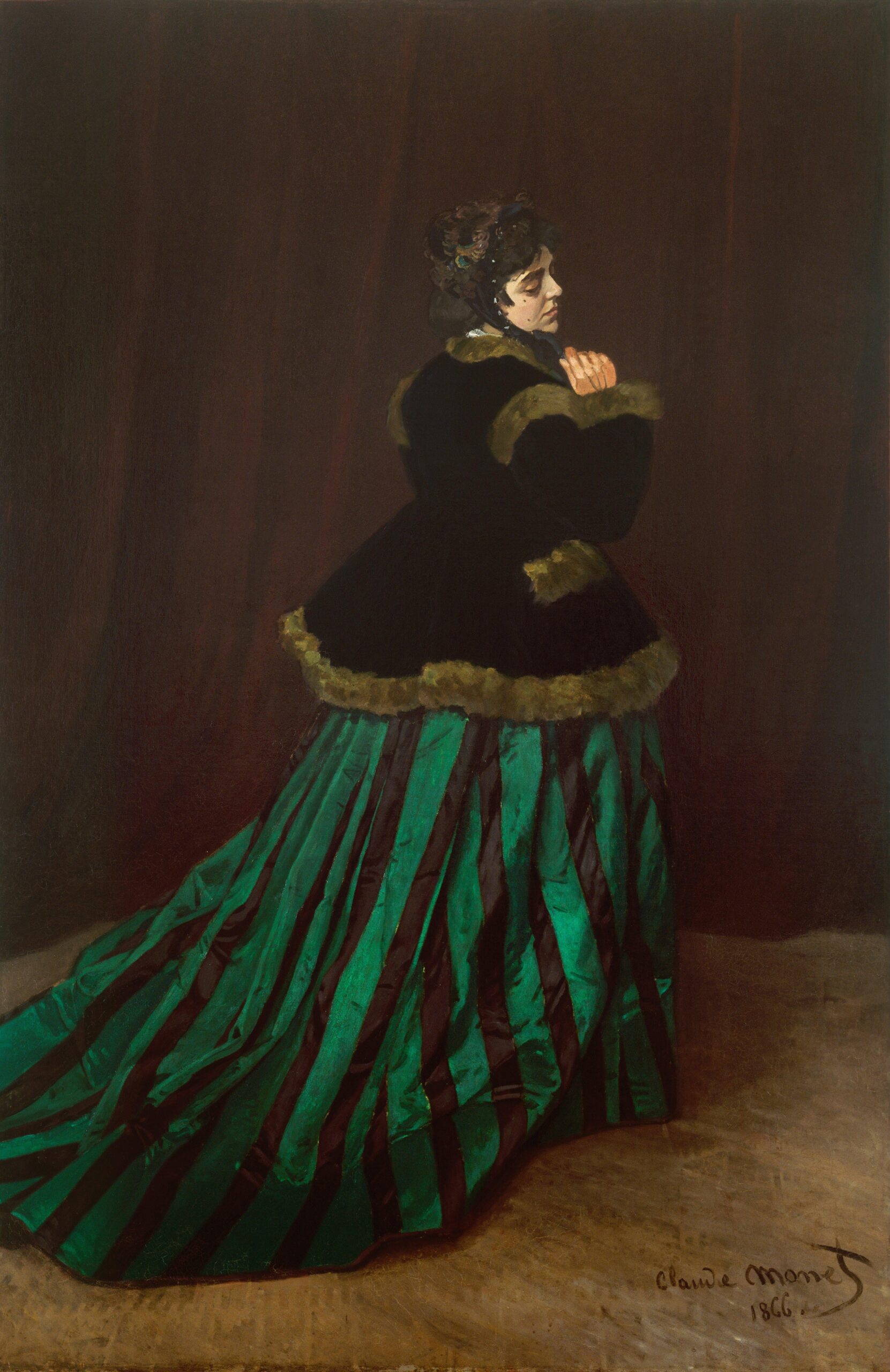 BUY  The Woman in the Green Dress Print

In this portrait, depicting Camille Doncieux, Monet’s later wife, we find a rather untraditional portrait. The woman is rather ambiguous, leaving us a sense of wonder as to what she is thinking. Interestingly, it is written that the dress itself did not fit Doncieux that well. This could perhaps explain the fur jacket that we see in the painting, which seemingly covers most of Doncieux. In fact, the only portion of the green dress we actually see is the bottom portion of the painting. This is only one example of exemplary painting techniques and impeccable attention to detail. Naturally, when Monet submitted it in 1866, it was a huge success.

Most famous paintings by claude monet : 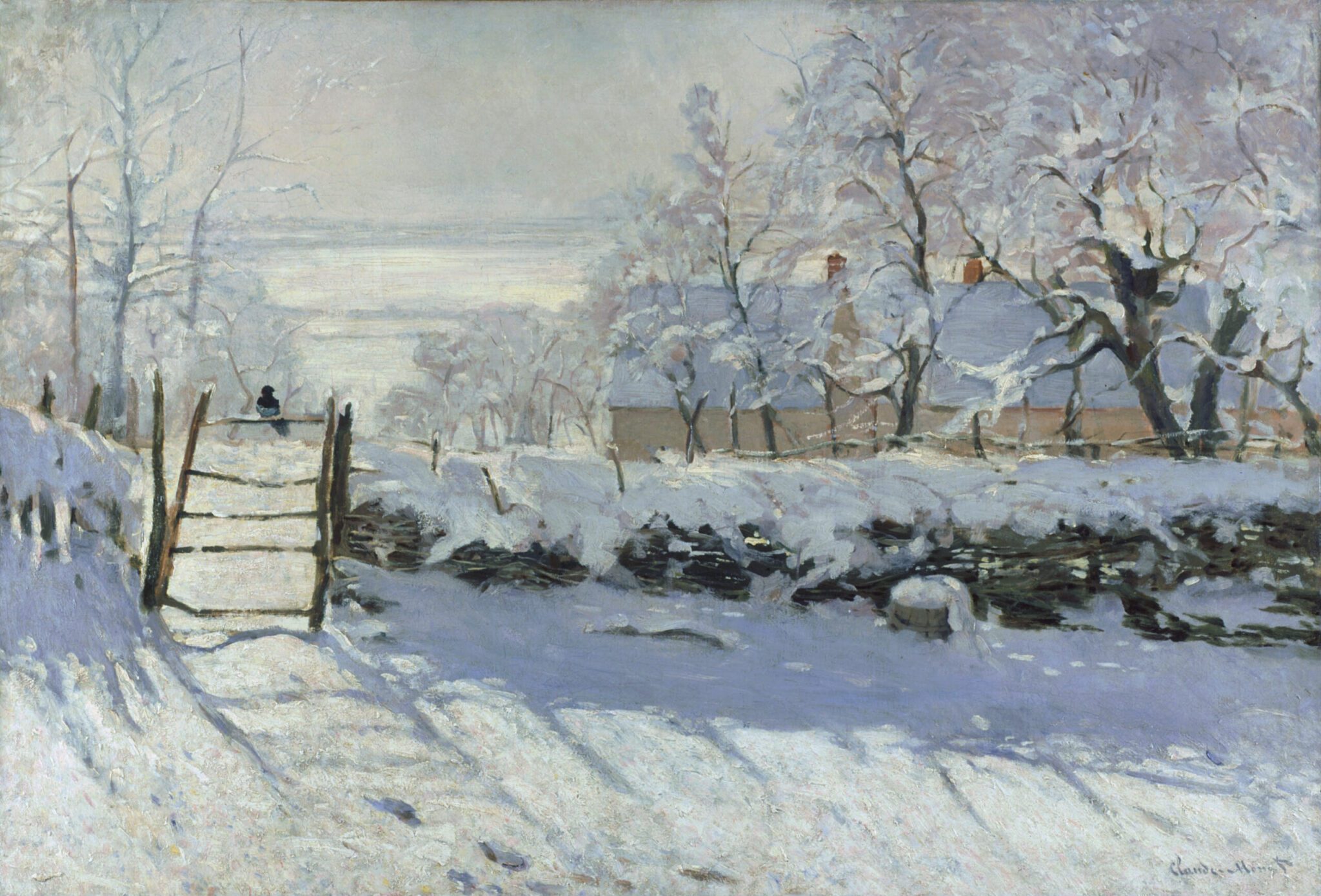 Monet did not receive initial praise for this fine piece of art, in fact, it was rejected from the Salon at first, and deemed pale and plain. Of course, this criticism likely stems from how unusual such a painting was at the time. Typically, paintings were far more colorful and robust, whereas The Magpie depicts a snowy, countryside landscape, leaving the color pallet quite simple. However, the beautiful morning rise and shadow-filled landscape is anything but simple, a likely contributor to the work now being considered Monet’s finest snowscape painting. 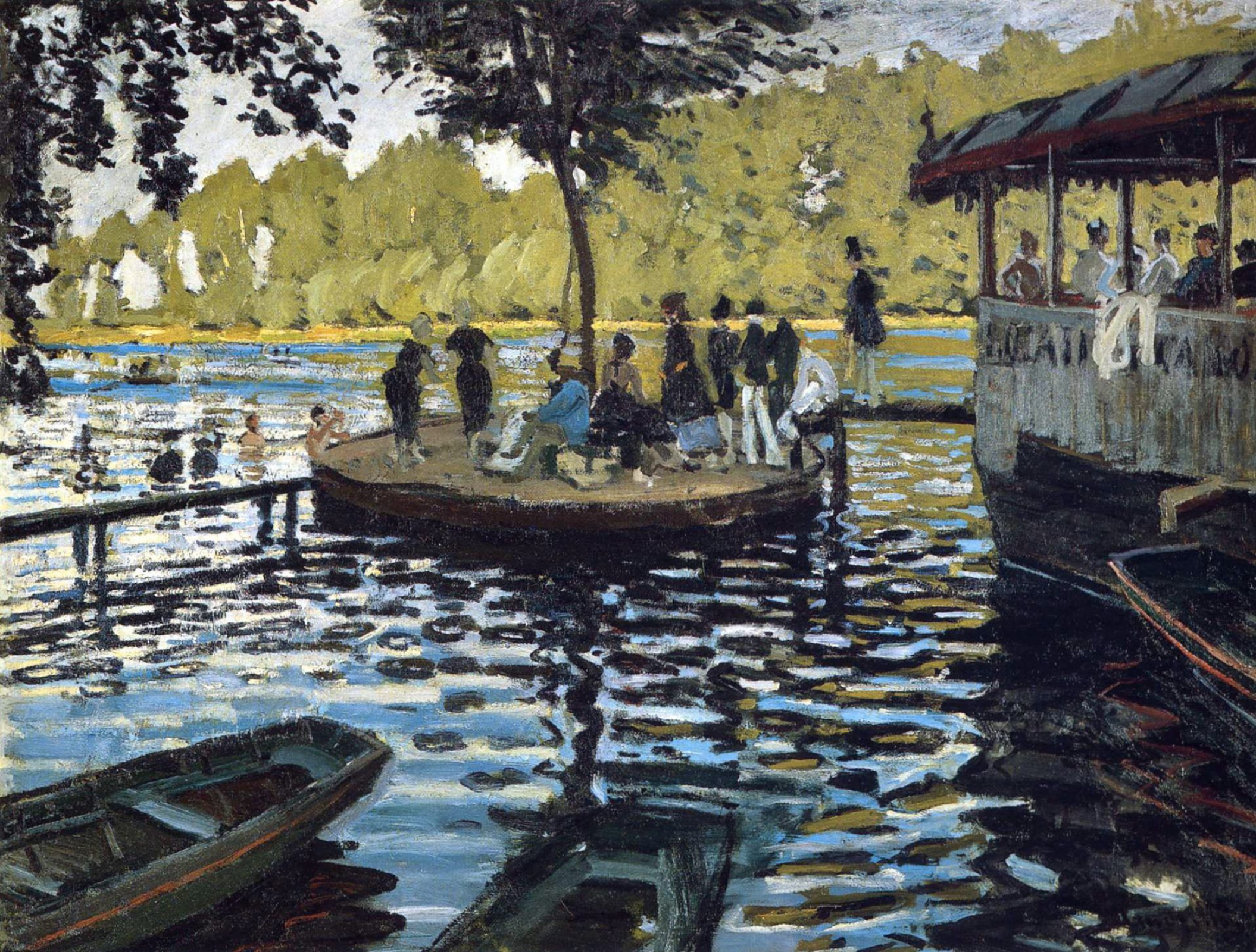 Monet’s primary goal in his paintings was to depict very ordinary people in very ordinary situations. Therefore, the La Grenouillere resort in France was a shoe-in. With the help of Pierre-Auguste Renoir, he and Monet worked together to create a painting drawn from small sketches that Monet had been putting together while visiting the resort. The result is a beautiful and peaceful location, serene in all aspects of the definition of the word. 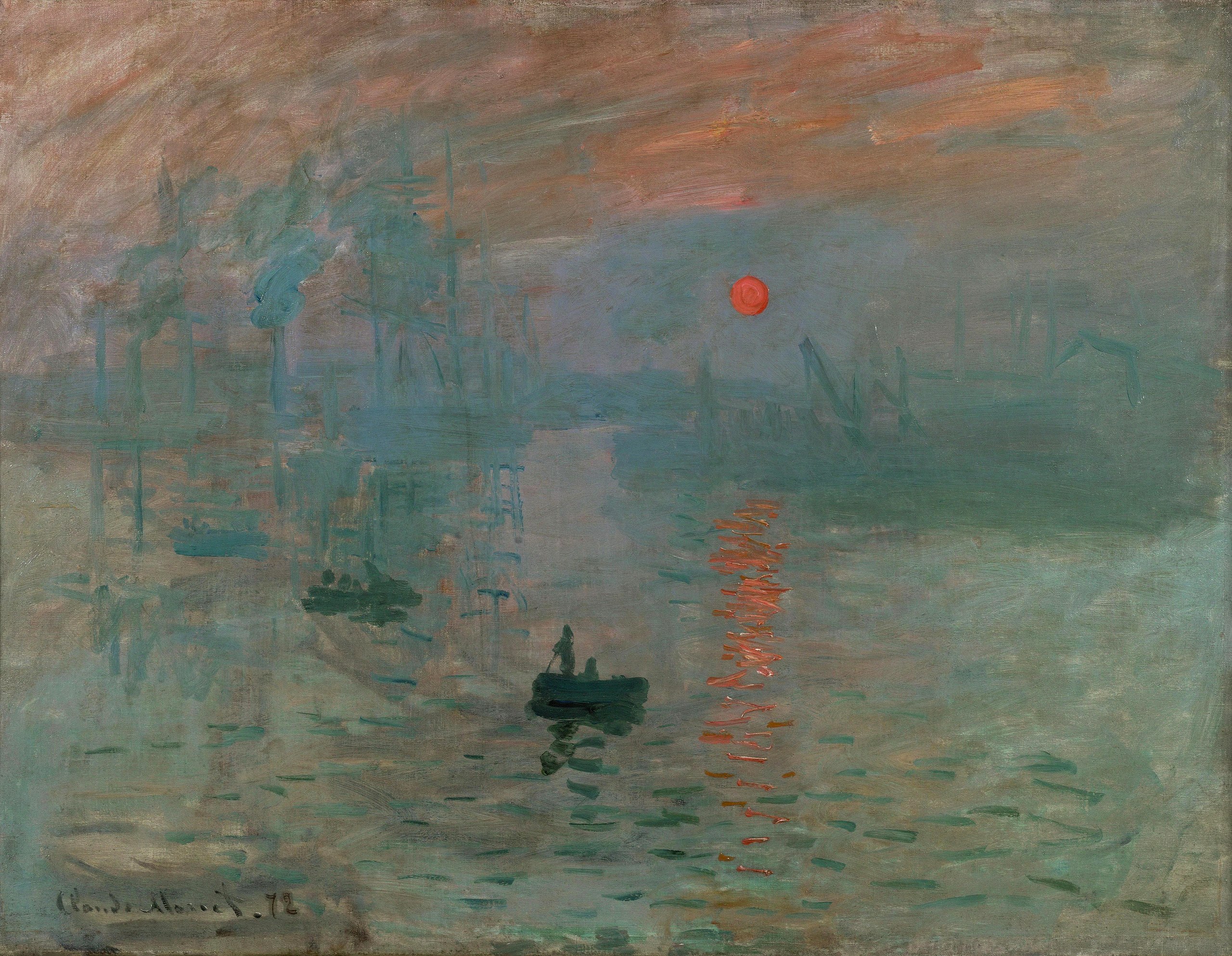 Impression, Sunrise is undoubtedly the most significant and important artwork ever created in regard to Monet’s career. On top of that, it is also the painting that coined the term “Impressionism” and is responsible for most impressionistic paintings to date. The painting itself is not Monet’s finest work, not by a long shot, so when it was first released in 1874 at the first impressionist exhibition, critics did not take to it too well. In fact, hardly any critics even commented on the work, leaving it to find very little value during its initial release. It is while looking back that value has been placed on the work, making it a pivotal painting in regards to impressionism. 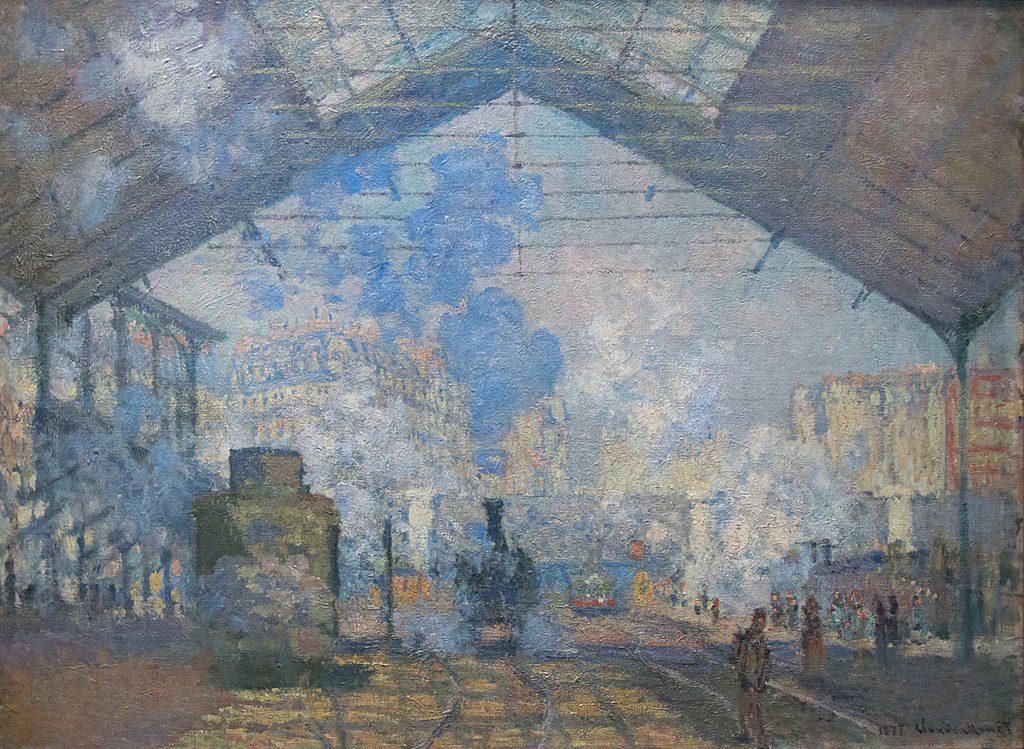 As part of the ‘ordinary-people-in-ordinary-situations’ mindset, Monet took a fondness to trains and train stations. His most notable train work was the depiction of the Gare Saint-Lazare in Paris. Monet, having not gained any kind of national fame at the time, was adamant to paint the station. However, unless he had made a name for himself, that simply wasn’t possible. As the story is told, Monet tricked the station workers into thinking he was of great importance—a critically acclaimed painter and all that. In doing so, they ensured that the station was in its finest shape, clearing all the platforms and allowing Monet to really sink into his work. Interestingly, Monet went on to paint a total of 12 paintings depicting the station, all within a three-month time period. 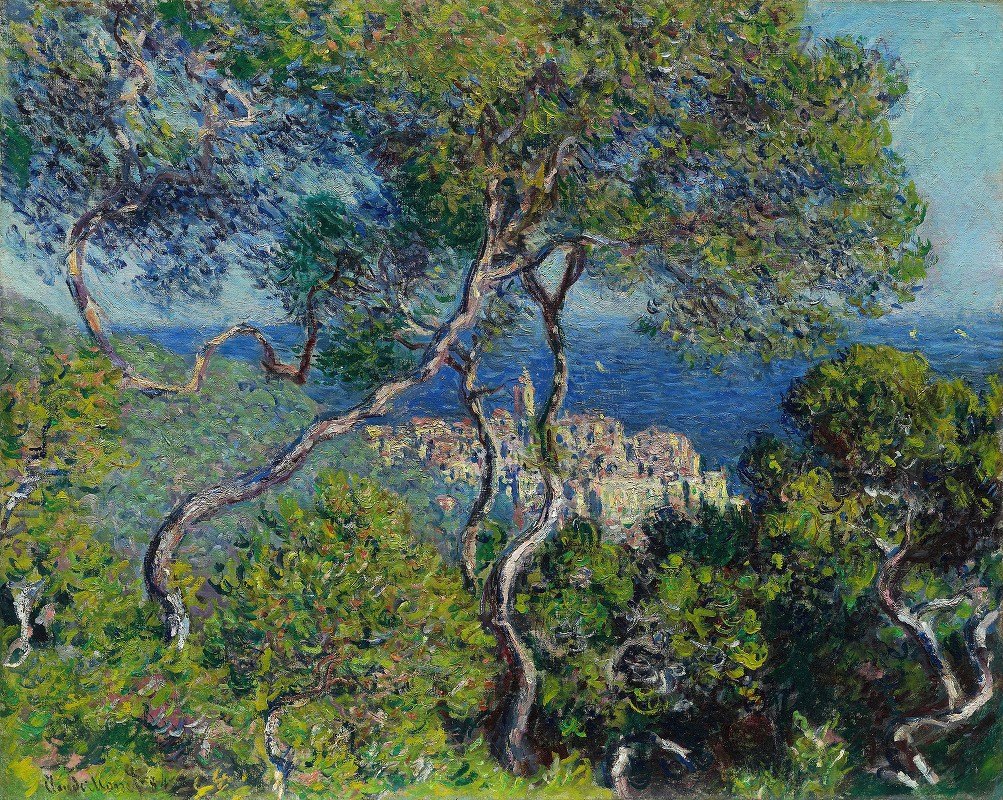 This painting depicts the town in Italy, of the same name, of course, in all its coastal beauty. However, this painting is described by Monet himself, as one of his more challenging works. The town of Bordighera had dense foliage that created many problems for Monet, as he struggled to include everything he wanted. Of course, he eventually did, and after doing so found such comfort and inspiration in the town that he extended his stay and went on to create a number of paintings drawn from that same inspiration. 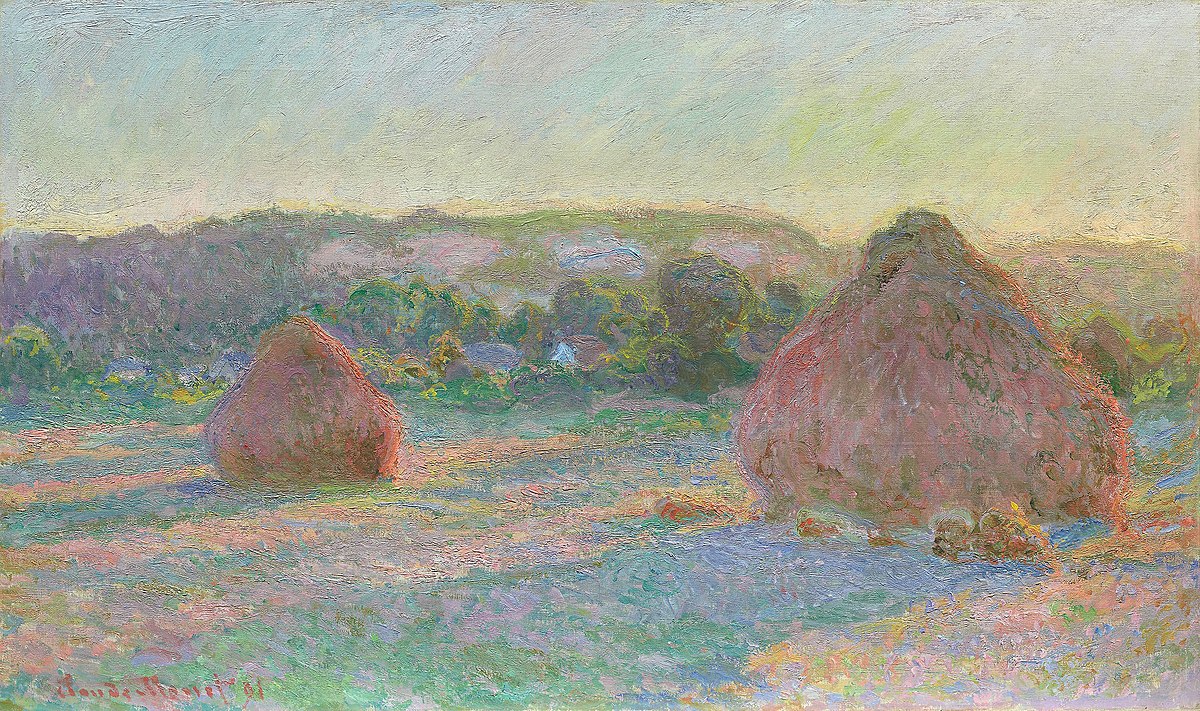 This series of paintings depicts precisely what you think it might, Haystacks. However, the results of this series was wide fame and success on Monet’s part. To explain, Monet painted a series of 30 works, all depicting a haystack but at varying changes of the seasons and weather. After deciding to make them public, Monet received critically acclaimed fame from the paintings, earning him the reputation he surely deserved. 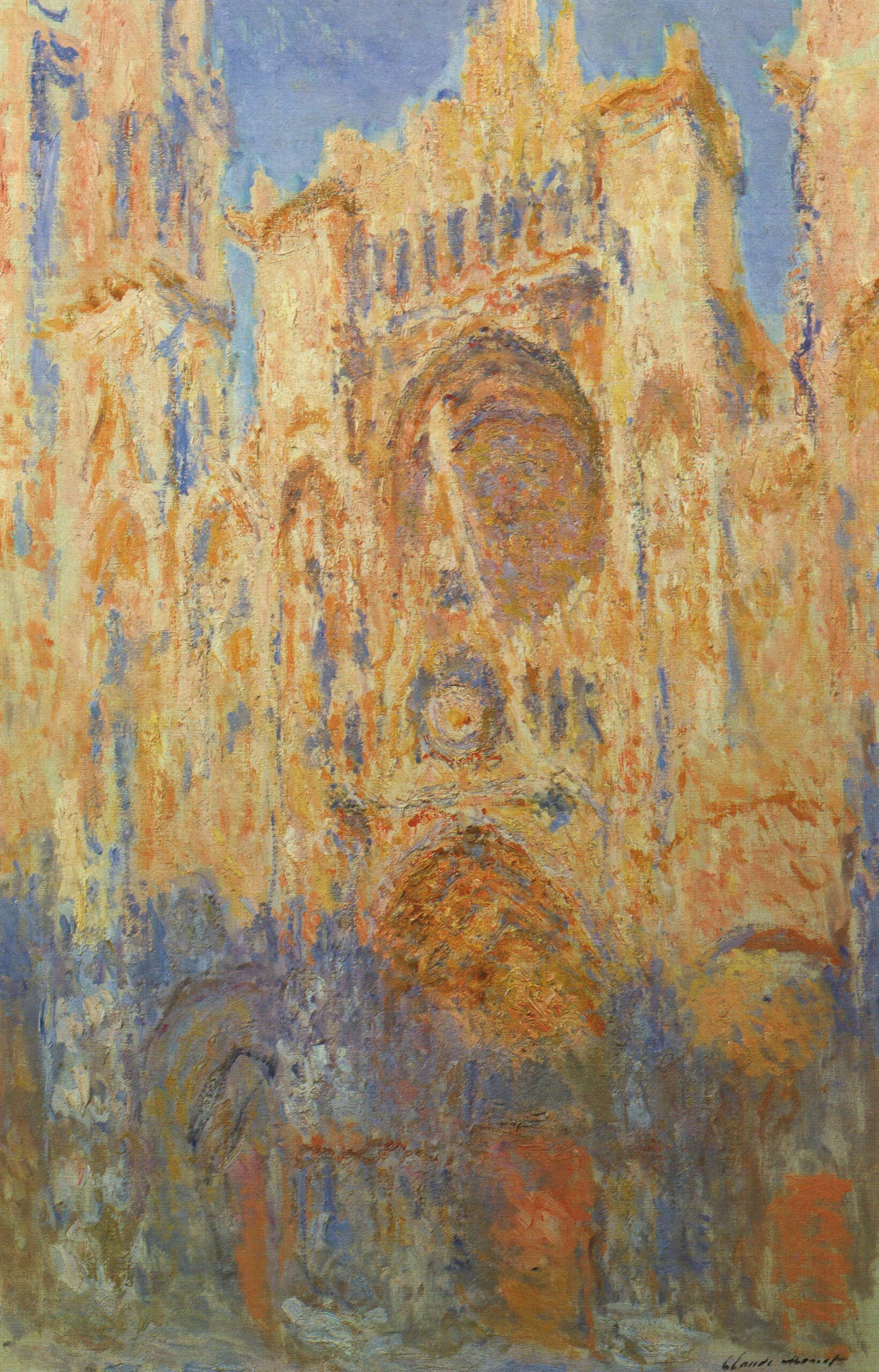 Perhaps due to the success of the Haystacks series, Monet became fascinated with painting specific locations a number of times. One such series to follow was the Rouen Cathedral Series. Monet was fascinated by the medieval architecture and location of the Rouen Cathedral, and could not help himself but to paint it 30 times. Of course, like Haystacks, he chose similar angles to always paint the works in, but the season, the weather, and the atmosphere was always slightly different. Much like his Haystacks series as well, after Monet released the Rouen Cathedral Series during an exhibition in 1895, he received incredible success and praise. 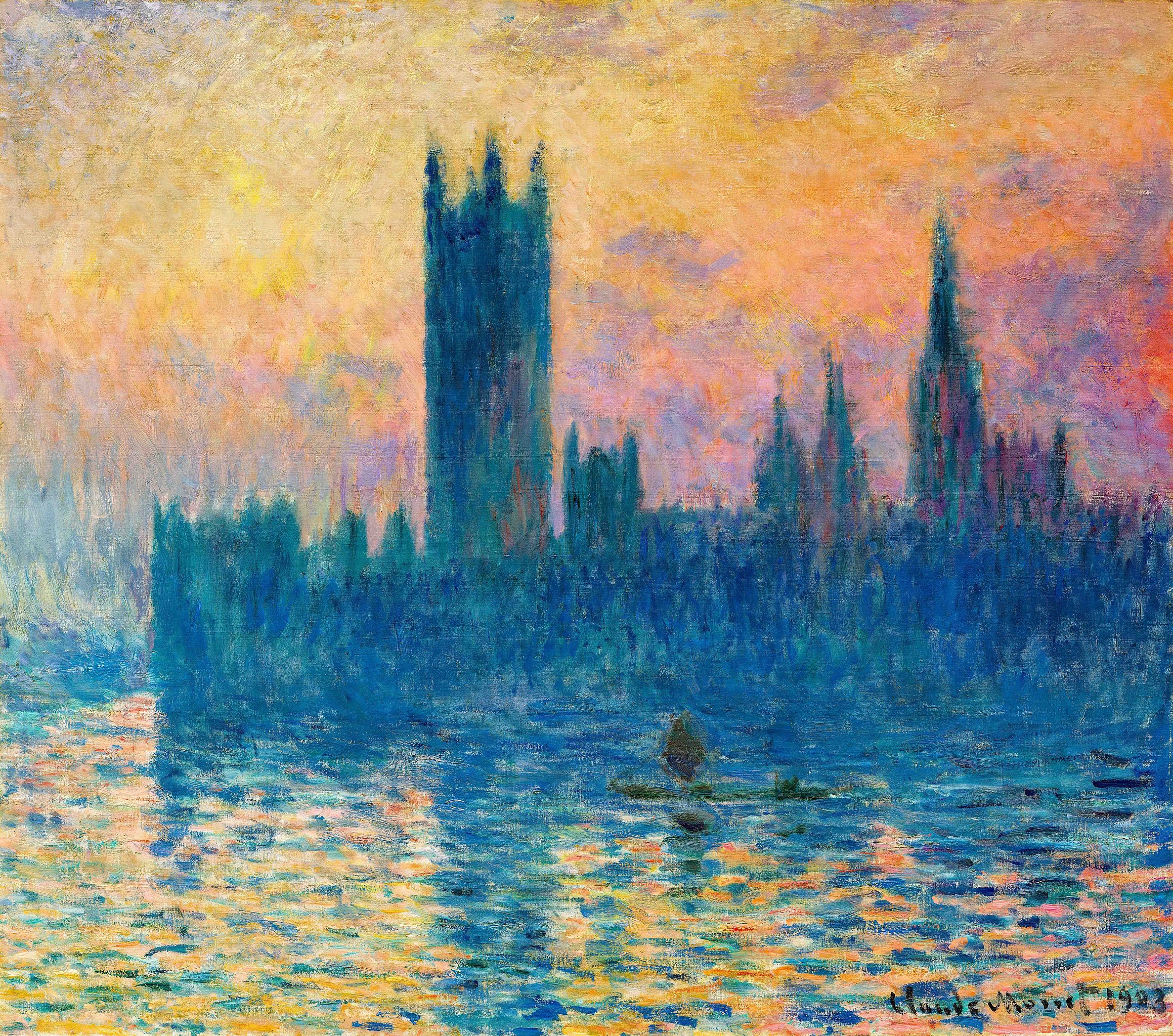 Continuing with his trend of recurring paintings, Houses of Parliament is another example of a series Monet worked tirelessly on. It depicts the parliament houses in London and all their distinct architecture. Interestingly, this distinct architecture made for a pivotal effect in Monet’s series, which was something that he particularly specialized in, and that’s a hazy image. This was usually achieved by adding a fog to the painting, something that can often prove difficult as it makes it challenging for the viewer of the painting to see what exactly is being depicted. However, thanks to the distinct and fashionable architecture of the parliament buildings, the addition of the fog was far from distracting as it was clear what was being depicted. By the time he finished the works, he possessed yet another 30 pieces of work, all as intricately and uniquely designed as the last. 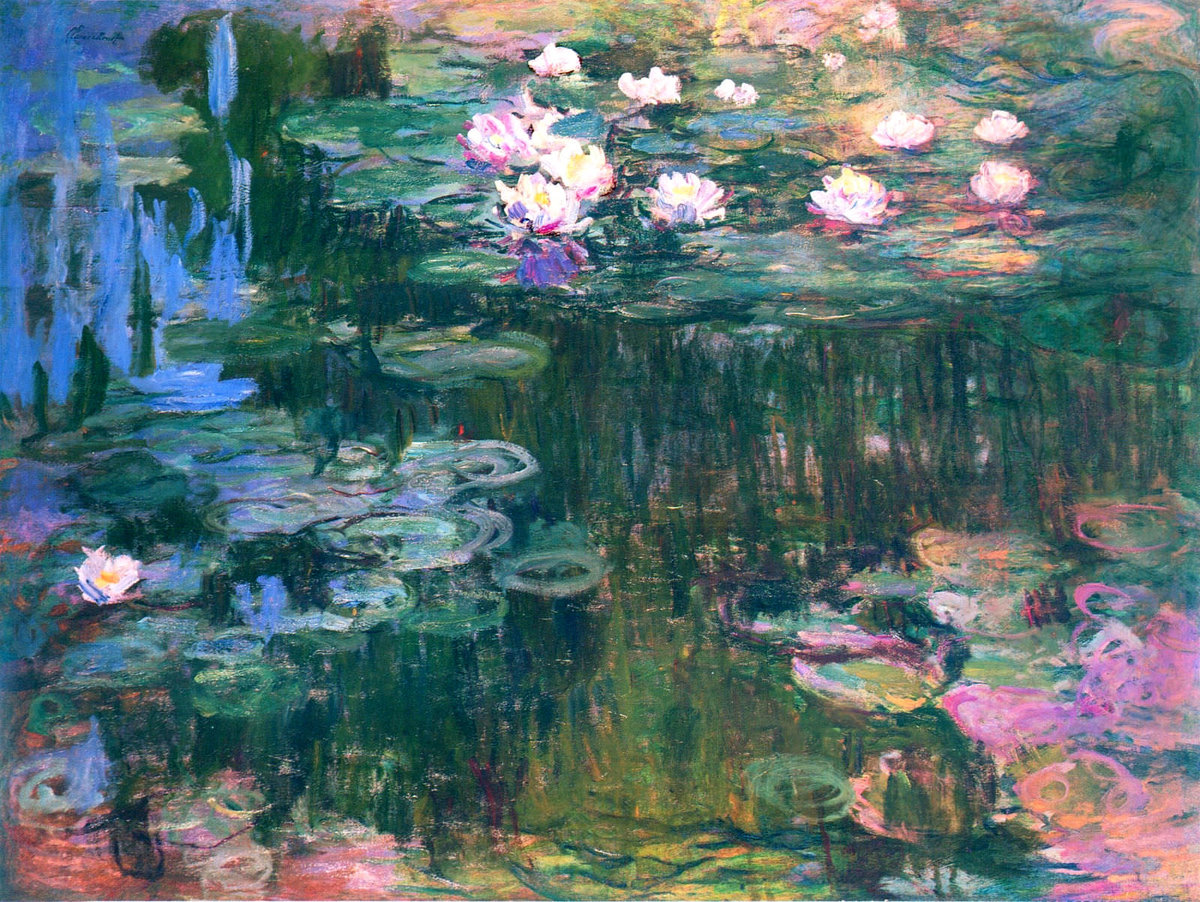 Perhaps the most famous of all of Monet’s works, was his Water Lilies series. This series took Monet’s life by storm near the end of his career and up until his death. The series depicts a pond that Monet had created with the help of his wife, Alice. It is very Eastern in its influence, specifically resembling the fashion of a Japanese-Style water garden. This series dominated Monet for many years, perhaps serving as an escape from the harsh nature of events that began to form around him. To explain, Alice, along with Monet’s son, both passed away before him, leaving him to his sorrow and sadness. It’s likely that the Water Lilies series served as a form of distraction for him, an occupancy for his mind. In such a case, it would greatly explain the exquisite and capable nature of fine craftsmanship and a sorrowful man’s delicate touch.

I hope you liked my compilation of the most famous paintings of monet.