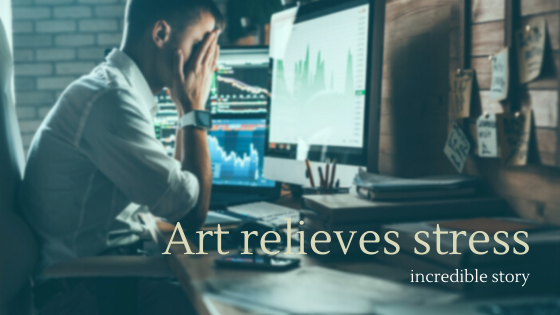 There can be no mistake, Art, in its truest, most pure form, is relaxing. As David sat at his desk in a chair that left much to be desired in the form of comfort, mind-numbingly mulling over numbers and inserting code he did not care about, he found himself in a state of loss. Not because he was unimpressed by the work he did, and not only because he was bored… but because he was stressed. His boss rode him like a wild bull every day, unrelenting in his torment of ‘getting the job done’. The thought annoyed David, I always get the job done, he thought to himself.

Regardless, his one true source of relief was the mind-altering painting that he sported in his cubicle. He had handpicked it simply for its relief, simply because it provided him with an escape that he had not known he needed at the time, but certainly welcomed after bearing witness to its abstract beauty. He hung the painting within the confines of his not-so-spacious cubicle. Sequence, painted in 1935 by Wassily Kandinsky. He did not know why the painting presented such relief and beauty to him, but it did. 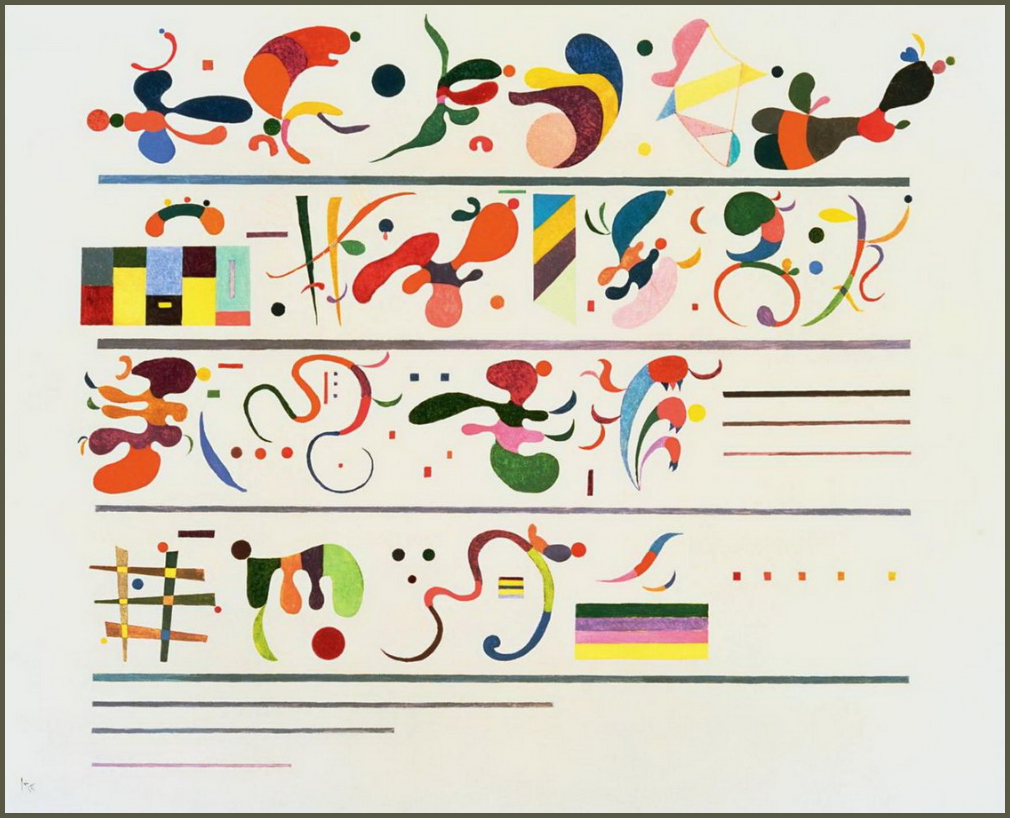 It was a painting of a multitude of colored musical notes on a page for a song that did not exist. There was something about it, the unknowing. What song was it for? Was there such a song that existed? Can I make my own song to go along with it? Most of the designs for the lyrics were unintelligible, David could not have made out most of the notes even if he wanted to. Truthfully though, he did not want to, for that would have ruined the whole point of it. It served as a distraction to him, to lose himself in the painting, wandering in thought, lost to time, as he aimlessly searched for the painting’s true meaning. But it was not that his search was in vain, the search was the point, the purpose of the painting, one he very much enjoyed and yearned for.

At the moment, in his total disconnect from the rest of the world, he could not help but forget his place of work. This, of course, earned him some scolding from the boss, who just so happened to walk past David as he stared into space, with no regard for anyone or anything around him. Truthfully, he had not even heard most of his bosses scolding, it all sounded like a distant and muffled scream. But it had most certainly been a scream, one that had attracted much-unneeded attention towards David. His face flushed red as he escaped the office, many, many eyes, were upon him. But none of it made any matter when he returned home.
His boss’s distant screaming, the idea, the knowledge, that he had so much work to do and so little time to do it… it was too much.

David was on the verge of pulling his hair out, of letting out a scream of his own. However, the difference between his boss’s scream, and his, was that his would be done in a room with only one occupant… himself. The memory of being yelled at caused his face to burn up once again, a thought that held very little comfort within it. But as he paced his room, he knew of only one ulterior method to curb his stress… his imagination. Not any imagination created on his own, but one inspired by others.

The Mountain, painted in 1909, also by Kandinsky. The vast landscape presented no scale, but abstract-looking human figures. It was almost too much for him to handle as he lost his grip on reality in all the right ways. It was beautiful, wonderful, colorful, and imaginative. He could not fathom how such a thing was able to help him forget the troubles of the world, it was almost unbelievable. The paintings allowed for an escape into fantasy while leaving reality well behind in the rear-view mirror. It was welcomed, expected, and wonderful all at the same time. 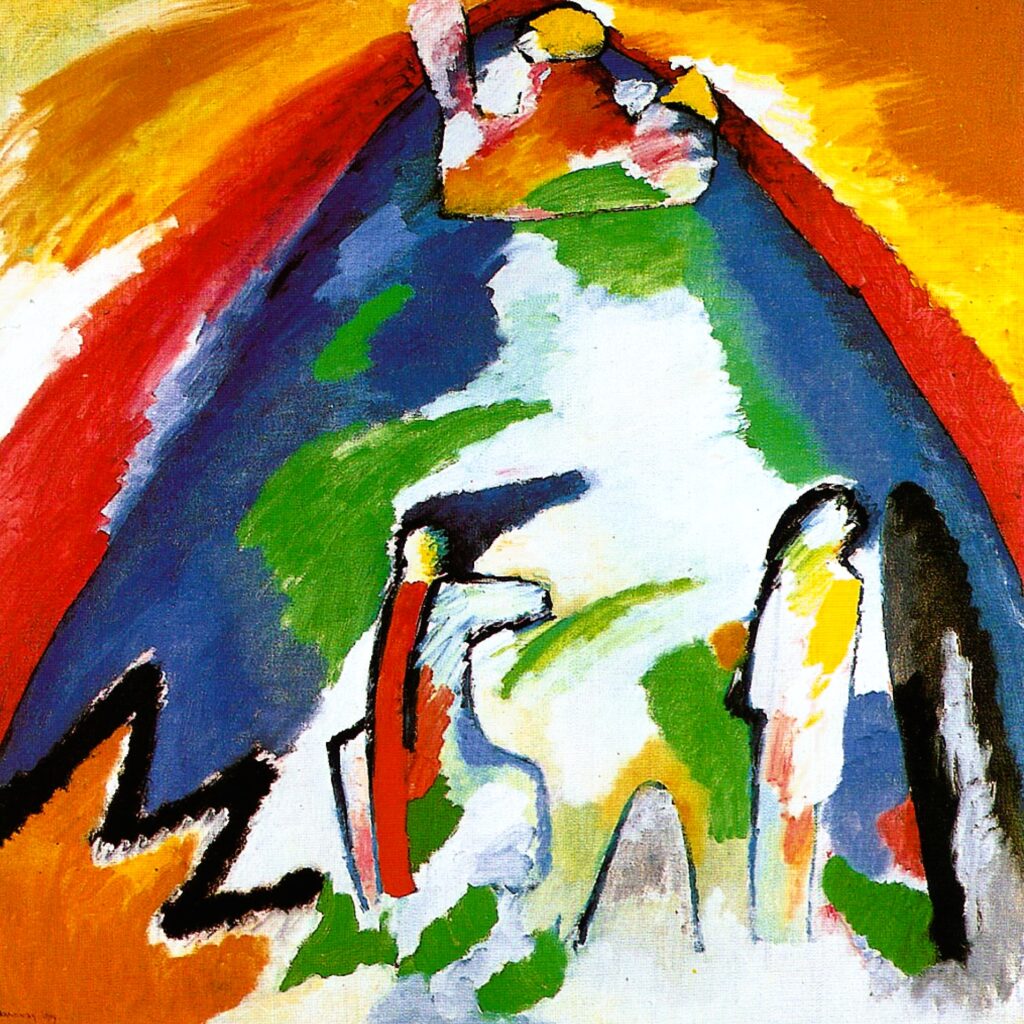 Abstract work was definitely David’s favorite. He enjoyed the works of all the greats and even the artists that were not as well known. In fact, there really wasn’t an art form that he did not enjoy. However, it was that break into thought, into wonder, about what an abstract painting held within its articulate patterns and exquisitely crafted contours of color and beauty. Saying it was majestic was putting it lightly, to be sure. It deserved so much more praise, David thought, and he knew it was already praised highly. Abstract work allowed the viewer to determine its beauty and self-worth. Not only that, but every set of eyes bared witness to something entirely different, something of their own set of beauty standards. After all, beauty lies in the eye of the beholder, and that holds true for every piece of art there ever was, and ever will be. But abstract work spoke its own volumes, created its own rules, and mitigated them accordingly. 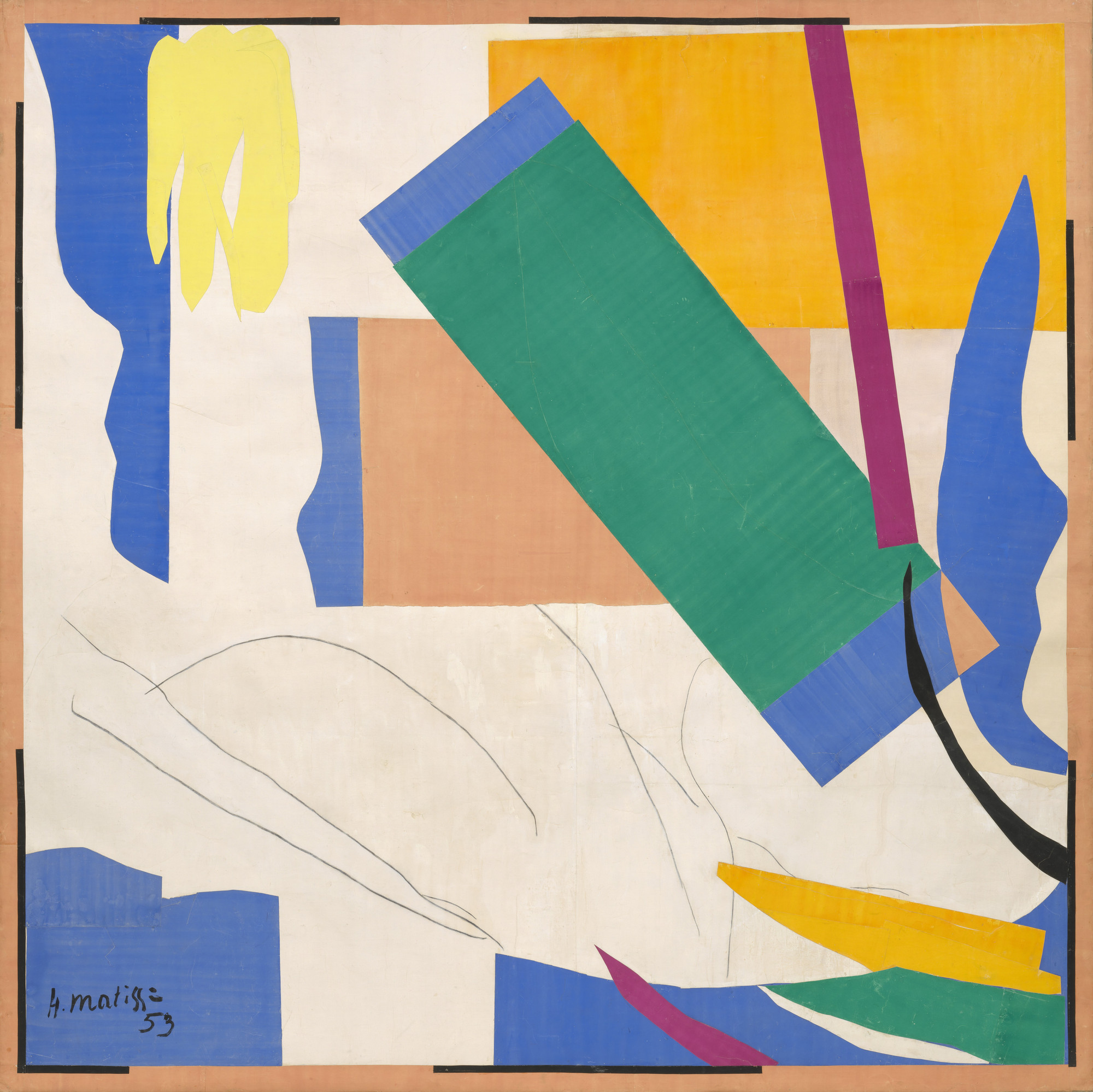 Perhaps one of his favorites of all time sat next to The Mountain, and that was Memory of Oceania, by Henri Matisse. Not only was it exceptionally beautiful in color, but it was stunning to look at. What the painting actually was, David could not say, but that was what he loved the most about it. Again, the unknowing, but the desire to know, was all too potent in the piece. It drew David into his own world, almost a world of the painting’s own creation. Staring it, wondering what it represented, but at the same time, not wanting to know was the beauty of it all. With the works all laid before him, the memory of his day faded into non-existence. Sure, it would likely return at some point, certainly the next time he went to work. But when that happened, David would be sure to remember the wonderful world of art, in its truest, most pure form. David sighed with satisfaction, all the stress of the day wiped clean, making him his own blank canvas for the following day.